Immerse In The Capital Of Al-Andalus 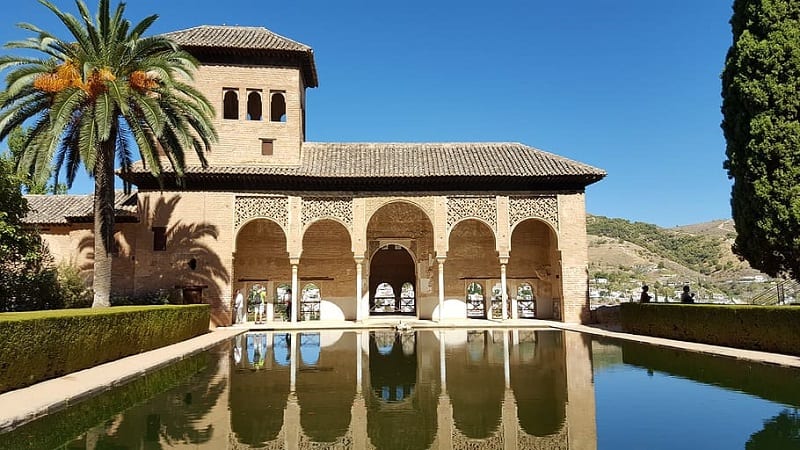 No province in Andalucia captures its Moorish past quite like Granada. The provincial capital, which goes by the same name, is home to the magnificent Alhambra palace-fortress built by Nasrid emir Mohammed ben Al-Ahmar of the Emirate of Granada in the mid 13th century.

The area around the Alhambra known as Albaicín is a maze of Moorish and Medieval streets full of teahouses and hidden gardens.

Granada is the birthplace of flamenco brought to the city when gypsies settled there in the 15th century.

For outdoor lovers, the Sierra Nevada mountains are a wonderful escape, as are the Costa Tropical beaches less than an hour’s drive away. 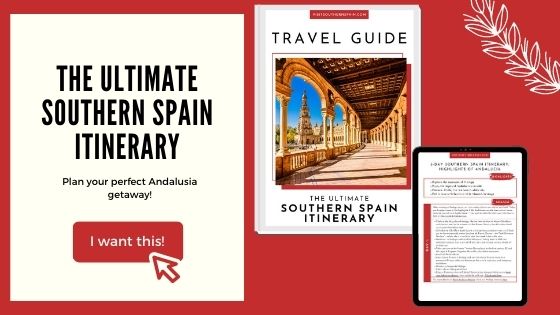 After calling Southern Spain my home for several years and organizing customized Andalusia trips, it was about time to put the best places in Andalusia into this handy travel itinerary.

Save time and money, avoid tourist traps and see only the very best of Andalusia.

Get the itinerary now!

Most Famous Attractions in Granada

Whether you are trying to cram everything into a single day or spread the Granada experience over a week, you will never run out of things to see and do in Granada.

However, if there is one thing you cannot miss, it would have to be the spectacular Alhambra.

Mainly due to the Alhambra, Granada is firmly rooted on the tourist trail and has plenty of different types of accommodations to suit all budgets. Whether you are merely looking for a place to sleep or want 5-star service, you will have no trouble finding it in Granada.

Favored by backpackers and those on a tight budget, hostels provide dormitory style and private rooms with shared bathrooms.

Situated in a medieval building in the center of Granada, El Granado Hostel is a perfect place to chill out while visiting the historic city of Granada. Prices start at 16€ per night. – Check hostels here

Set in a 19th-century building, the Hotel Inglaterra*** is close to Granda’s main attractions and eateries; this is an excellent hotel for exploring the Albaicin on foot. Prices start from 45€ per night. – Check hotels here

Traveling with your family to Granada can be quite expensive if you want to stay in a hotel, so we recommend renting an entire apartment on AirBnB.

A three-bedroom, two-bathroom apartment with free parking can be had for as little as 50€ per day. – Check hotels here

Set in an old Hieronymite convent, the AC Palacio de Santa Paula Hotel is located in the historic center of Granada near the Albaicín.

How to get to Granada

Granada has its own airport Federico García Lorca Granada Airport (GRX), which is around 14 kilometers west of the city. Domestically Granada is served by Iberia and Vueling.

International flights are a bit thin on the ground except for U.K. low-cost carrier EasyJet. You may be better off flying into Malaga and then driving or taking the bus. – Check flights here

Granada is connected to the rest of Spain via high-speed AVE trains despite this it is still quicker to take the bus if you are traveling from Malaga. Trains to Madrid take three hours and Seville four. – Check train schedules here

Granada has frequent buses from other parts of Spain operated by ALSA.

It is only a couple of hours’ ride away from Seville, Cordoba or Jaen. The bus station in Granada is slightly outside of town, so you will need to take a local bus or taxi to get to the center of the city. – Get tickets here

Spain has one of Europe’s most modern road networks allowing you to get to Granada easily by car. The journey from Malaga to Granada takes around 90 minutes, while Madrid takes approximately five hours.  – Check car hire here

In order to make travel planning as easy as possible, we gathered below a selection of our favorite companies. We love them for being reliable and offering the best deals in Southern Spain. All of the recommended companies have top-notch customer service and have been tested by us first-hand.

When to go to Granada

The best time to visit Granada is in May/June and September/October. The summers in Granada can be scorching, and with it being peak tourist season, you could find yourself waiting in lines.

For skiers, try and visit late in the season during April to ski the Sierra Nevada in the morning and be on the beach for lunch. Granada is one of the few places in the world where this is possible.

What to eat in Granada

As a melting pot of gastronomic influences, Granada is much more than just tapas, but you will be pleased to know that just like in other parts of Andalucia, it is typical to be served a tapa with your drink.

What to do in Granada for Outdoor lovers?

Granada province is home to one of Andalucia’s two national parks, the Sierra Nevada boasting the two highest peaks on the Iberian Peninsula.

Not only is the Sierra Nevada popular with skiers, but its also clean, fresh air attracts hikers, mountain bikers, and rock climbers from around the world.

What to do in the surroundings of Granada?

One of the great things about making Granada your base is that you are close to both the mountains and the beach.

Despite the city of Granada having so much to see and do, it is sometimes fun to get away and go on day trips to nearby places. Below are some of our favorite places to visit while in Granada.

Appearing like cubes of sugar clinging to the sides of mountains, the pretty white communities of the Alpujarras were the last bastions of the Moors. Unlike the arid landscape below, the Alpujarras have a lush green landscape thanks to the melting snow and are home to Spain’s famous mineral water, Lanjaron.

Used as the setting for a long-running sitcom called Verano Azul (Blue Summer), Nerja is a pretty seaside town and the home of one of Spain’s most visited attractions, Nerja Caves. – Get tickets here

Not far from Nerja is Frigiliana, a historic village often called the prettiest in Spain.

Regarded as being jewels of the Renaissance, the UNESCO World Heritage towns of Ubeda and Baeza in Jaen make an excellent day trip from Granada. – Book tours here

If you were amazed by the Alhambra and want to dive deeper into Moorish Spain, visit Cordoba and its impressive Mosque-Cathedral. While in Cordoba stroll around the old Jewish quarter and learn all about the Spanish Inquisition. – Read more about Cordoba here

Crowned by the Puente Nuevo over the Guadalevin River, Ronda is the home of modern bullfighting and was a favorite place for American author Earnest Hemingway. Steeped in history, including a famous battle between the armies of Julius Caesar and Pompey the Great, Ronda is a day trip well worth making.

EXACTLY How To Get From Seville to Granada

The ultimate transportation guide between Seville and Granada. If you have ever wondered how to get from Seville to Granada, read on as we will …

Read More about EXACTLY How To Get From Seville to Granada

The Ski Guide to Sierra Nevada Ski Resort that you need to read When most people think of Spain, they conjure up images of sun, …

13 Things to do in Sierra Nevada Ski Resort

A guide on where to eat in Granada, Southern Spain and where to eat typical food from Granada, Andalusia Andalucía is one of the most …

What to Eat in Granada – Local’s Guide to the Best Food in Granada, Spain

A guide on what to eat in Granada, Southern Spain and the best local dishes from Granada, Andalusia Granada is one of the eight provinces …

Read More about What to Eat in Granada – Local’s Guide to the Best Food in Granada, Spain

25 Things to do in Granada, Spain – 3 Day Itinerary

A Guide to the best attractions in Granada, Southern Spain – 3-Day Itinerary Granada is one of the most visited cities in Andalusia throughout the …

Read More about 25 Things to do in Granada, Spain – 3 Day Itinerary