Dive Into The Capital Of Olive Oil And Gorgeous Architectural Heritage 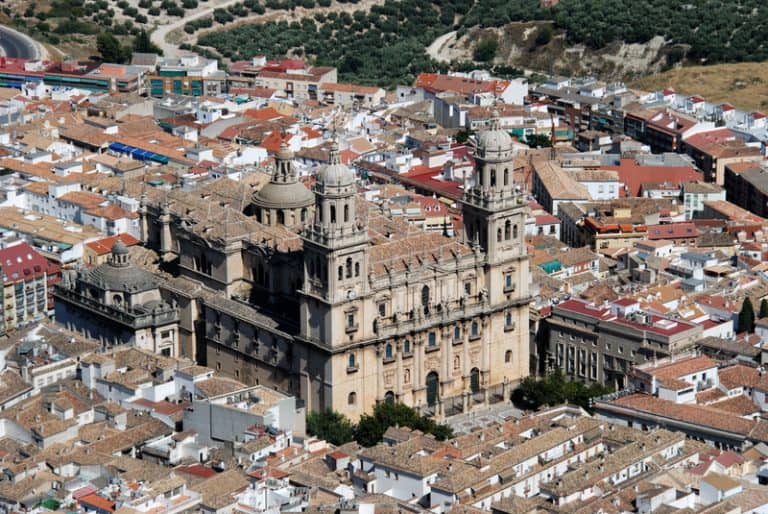 Overlooked by tourists, the province of Jaen is packed full of history, nature, and good food. Home to nearly one-sixth of the world’s supply of olive oil, these manicured little trees are everywhere.

Castles appear on nearly every hilltop to remind you that Jaen was once a border zone between the Moors and the Christians. Following the Reconquista, Jaen became a wealthy place, as is evident in the UNESCO towns of Úbeda and Baeza.

Most Famous Attractions in Jaen

If you know where to look, Jaen is a magical land full of history and natural beauty.

Whether it is the Renaissance towns of Ubeda and Baeza or its unspoiled natural parks, Jaen is a little secret not yet on the tourist map. Below are our top six things to do while visiting Jaen:

Where you decide to stay in Jaen can come down to the way you are traveling. The closest airport is Granada, and there are only four trains per day from the capital.

What this means is that you will either be traveling around by bus or will have a car. Our two choices of a place to stay would be the town of Ubeda or a hotel in the national park.

Hostels are always a big favorite with backpackers and people who are just looking for a bed for the night, but with Jaen seemingly a forgotten province, they are slightly thin on the ground. With this in mind, you may be better off staying on a family-run pension. – Check hostels here

Ubeda has plenty of mid-range hotels to choose from, with many located in historic buildings. More like a boutique hotel that would cost well over 100€ per night in Malaga, Granada or Seville, the Alvaro de Torres Boutique Hotel (Ubeda) is housed in a 17th-century building and offers modern rooms starting at just 25€ per night. – Check hotels here

For families, we recommend staying at the Parador de Cazorla *** in the heart of the Sierra de Cazorla, Segura y las Villas Nature Reserve.

Resembling a grand Andalusian country estate, the Parador de Cazorla*** offers families the chance to return to nature while not giving up modern amenities. Surrounded by ancient forests, streams, and waterfalls, the Parador de Cazorla is the perfect base for your Jaen vacation. Prices at the Parador start from around 75€ per night. – Check reviews here

How to get to Jaen

The closest airport to Jaen is Federico Garcia Lorca Airport (GRX) in Granada, 65 kilometers away. Due to a low number of flight options to Granada you are better off flying into Málaga–Costa del Sol Airport(AGP) (136.4 km) – Check flights here

With Jaen not being connected to Spain’s high-speed rail network and very few services a day, traveling by train is not a good option when visiting Jaen. – Check trains here

If you do not have a car, traveling around Jaen by bus is your best option. The bus service in Jaen is excellent and will allow you to move quickly from one town to another. – Check schedules here

If there ever happened a place in Spain where you wished you had a car, it would be Jaen. The Sierra de Cazorla is a beautiful place to explore, and you will need a car to see it all. – Check car rentals here

In order to make travel planning as easy as possible, we gathered below a selection of our favorite companies. We love them for being reliable and offering the best deals in Southern Spain.

All of the recommended companies have top-notch customer service and have been tested by us first-hand.

When to go to Jaen

With its landlocked location, Jaen has a very predictable climate of scorching summers and chilly winters. This means that the best time to visit Jaen is from March to June and from mid-September until November.

What to eat in Jaen

Olive oil is the star in Jaen, along with many fresh vegetables and fruits, and nuts.

Also, because of Moorish influences, the Christians that fought against the Muslims held Jaen’s cuisine in high regard. Below you will find our list of the top five things you must eat while visiting Jaen.

What to do in Jaen for Outdoor lovers?

Boasting the largest number of natural parks and protected land in Spain, the province of Jaen offers outdoor enthusiasts a plethora of exciting things to see and do. Except for the western area of Jaen, where the Rio Guadalquivir meanders through a wide valley, Jaen is surrounded by mountains.

Hiking, cycling, mountain biking, climbing and canyoning are all popular activities, while bird watching and wildlife treks are still in their infancy.

What to do in the surroundings of Jaen?

Because Jaen has a distinct lack of tourists, you will feel as though you are the first person to unlock its many secrets. From UNESCO World Heritage city’s too spectacular areas of natural beauty, Jaen has everything you need for that perfect Andalucian vacation.

Constructed between the 12th and 14th centuries, the Fortaleza de la Mota is one of the best examples of a medieval defensive building.

Overlooking the town of Alcala la Real, admission includes a free English audio guide about the history of the castle.

Given the status of a UNESCO World Heritage Site in 2003, Ubeda is famous for its beautiful Renaissance architecture which includes the Vázquez de Molina Palace. Combine your visit with a stop in Baeza and see how two noble Spanish families prospered in the XVI century thanks to their close connections with royalty. – Check tours here

Located 53 kilometers from Jaen city, the Banos de la Encina is an impressive fortress that dates back to the 10th century. On the Route of the Nasrids, the castle is part of a historical look into the Kingdom of Granada.

Home of one of the greatest treasures in all of Spain, the multi-arched Mezquita is reason enough to visit Cordoba for the day. Regarded as one of the Islamic world’s most magnificent creations, the Mezquita is a testament to how cultured Cordoba was more than a millennia ago. – Book tours in Cordoba here

When any international dignitary visits Spain, the number one attraction they want to see is the Alhambra in Granada. While visiting the Alhambra, be sure to and check out the old Arabic quarter of the city called Albaicin. – Book tours in Granada here

A Guide to the Best Attractions in Jaen, Southern Spain: the perfect Jaen Itinerary Overshadowed by the splendor of nearby Úbeda and Baeza, Jaén is …

Read More about 18 Fun Things to do in Jaen, Spain – 3 Day Itinerary