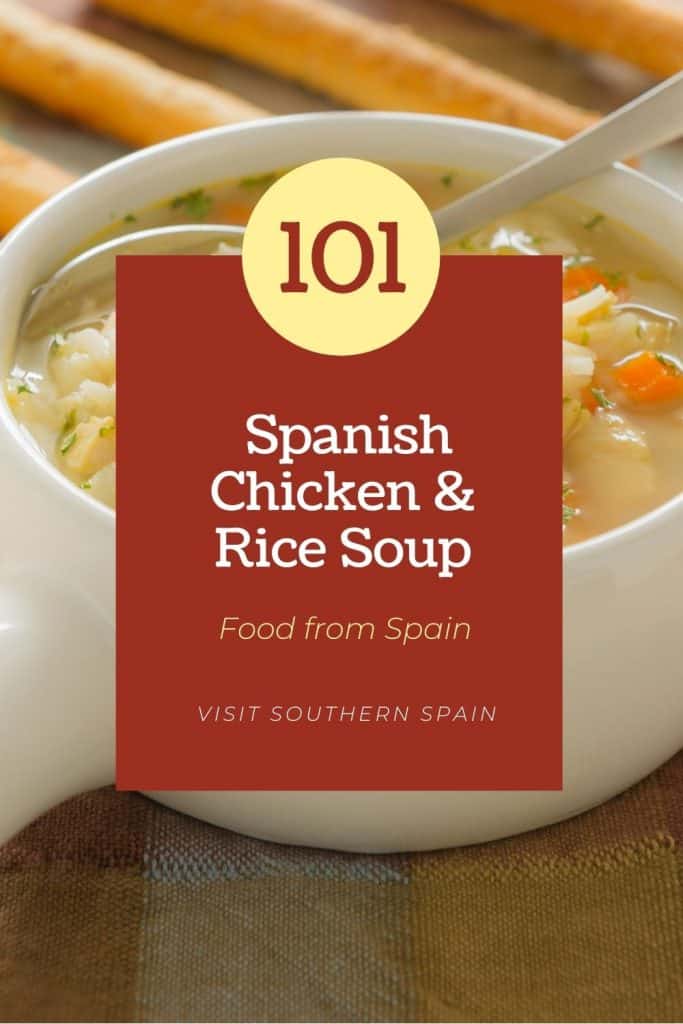 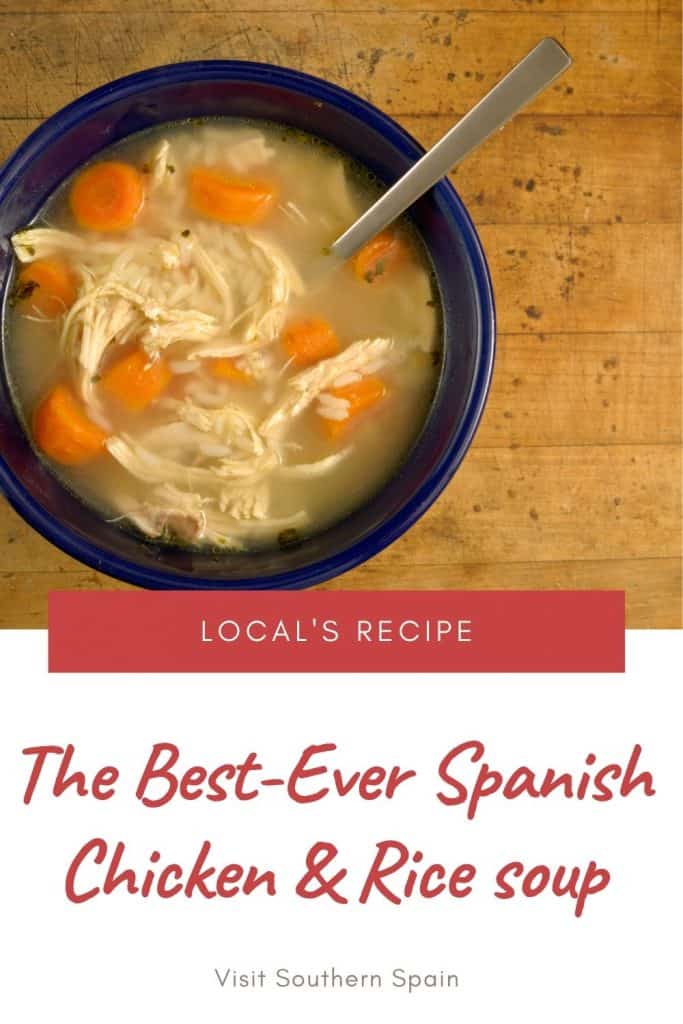 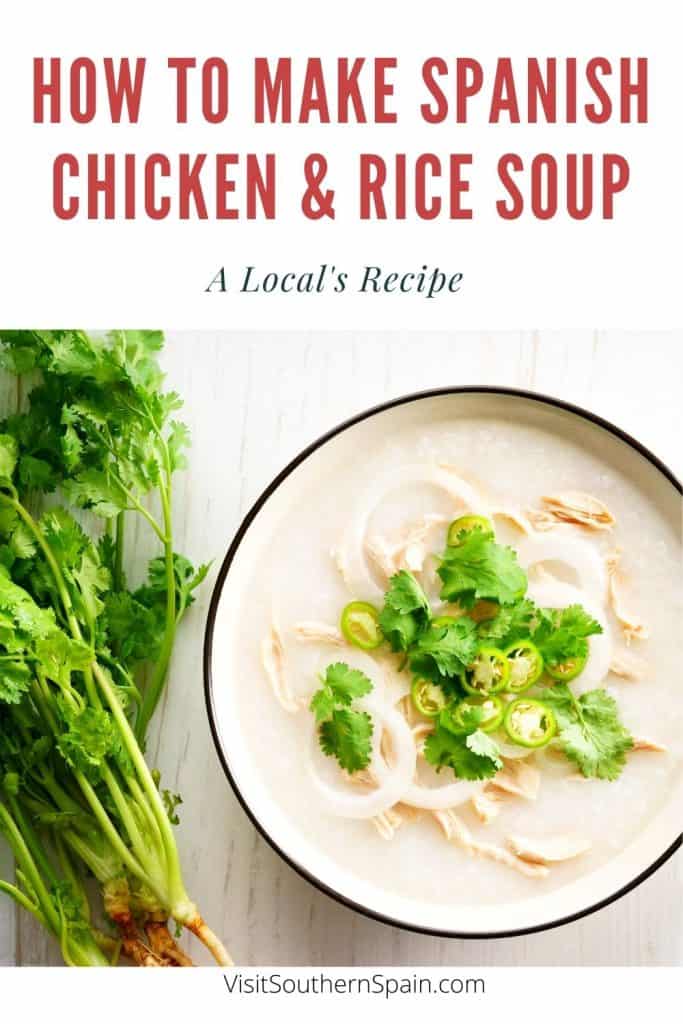 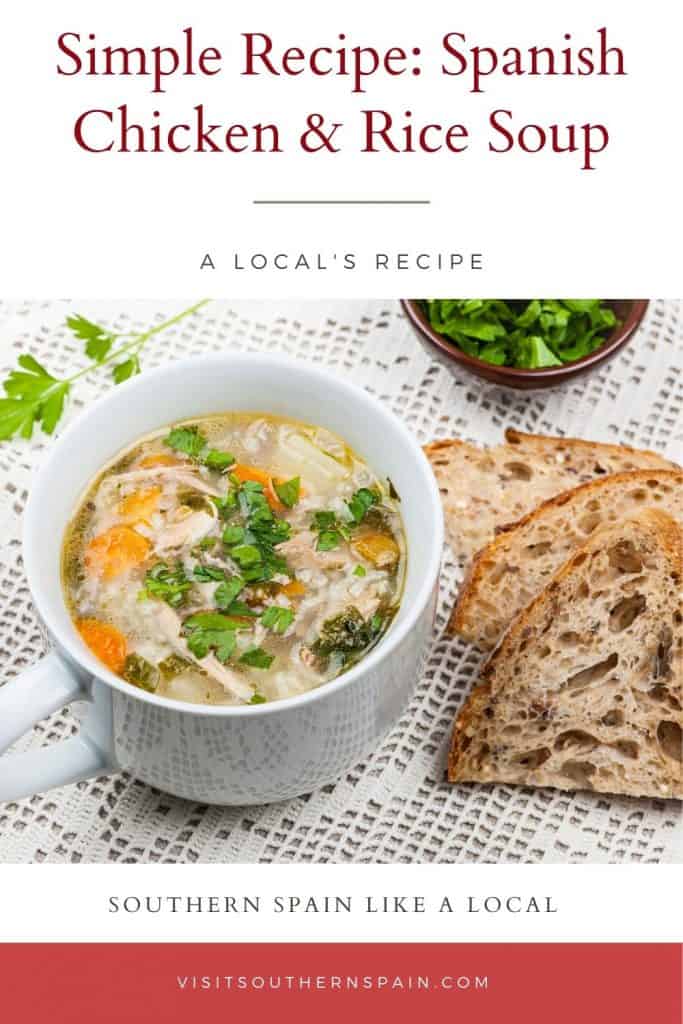 In this recipe, we are going to talk about Spanish chicken soup with rice, one of the favorite soups for Andalusians to go through the cold winter.

This recipe remains a “fan favorite” because not only does it keep you warm throughout the day, but thanks to the nutritional properties of its ingredients, it is the ideal remedy for dealing with common colds.

Keep reading to find out more about how to prepare Spanish chicken soup with rice, how to store it and other tips to make this delicious soup at home.

Of course, it is impossible to know for sure who invented the recipe for Spanish chicken and rice, or the exact date on which it happened, but the region of its origin is known.

This chicken and Spanish rice recipe were created in the south of Spain and later transmitted to the different countries of Latin America where each one made their own version of the dish.

The dish was created in the south of Spain thanks to the existing trade with India and other Asian countries, where rice was commonly consumed.

In addition to that, a large number of chicken farms in rural Andalucia allowed this chicken and rice Spanish recipe to exist, and it remains popular even today.

One of the great advantages of this recipe for Spanish chicken soup is that you do not need any kitchen product other than a large pot and a couple of knives and spoons, something that is easily found in every home.

The ingredients to make this Sopa de pollo con arroz are extremely easy to find, you might even have some of them in your pantry already!

Besides that, there are multiple changes that you can make on the ingredients, based on your personal taste or diet, so there are no excuses, you’ll have to try this recipe!

As well as other Spanish chicken soup recipes, there are many substitutions of ingredients that you can make and still get a wonderful result.

The easiest one is to remove the chicken if you or any of your guests follow a vegetarian diet.

You can also change the rice for any type of noodles of your choice, of course by making these changes it won’t be a Spanish chicken rice recipe, but it works as an amazing replacement.

Besides that, you can make some sort of “mash-up” between this recipe and other Spanish soup recipes, like by adding more garlic or cooked beans you’ll have a mix between this Spanish chicken soup and the famous Spanish garlic soup and Spanish bean soup.

I also want to encourage you to add more spices according to your personal taste. A teaspoon of saffron or paprika will really elevate the complexity of the flavors of this soup.

You can also add some chopped red or yellow bell peppers and cook them with the onion, it will make your soup more colorful and tasty.

If you liked this recipe I recommend you to try other famous Andalusian foods, like the Spanish shrimp soup, Spanish fish soup, and Spanish lentil soup.

Andalusian recipes are a one-way trip as they are full of different and delicious flavors, in addition to being hot and cold soups, seafood, and much more!

This Spanish chicken soup is commonly served at lunch or dinner as a main dish. It is eaten as a main dish because due to its ingredients it fills you to a great extent, and you will not need any other food.

As an expert tip, I recommend that you toast some bread with olive oil and cut it into small cubes, then just serve the soup on each plate, put a little on top.

This will make your soup have more flavor and texture, plus everyone will be very happy and full!

Want to try another Spanish soup for the cold season and don’t have enough inspiration? Try the healthy caldo gallego soup recipe.

How to store Spanish Chicken Soup With Rice

Fortunately, storing this soup is very simple, you can store it in the refrigerator for up to 4 days since the fat in the chicken broth helps the taste of the soup remain intact.

Now, freezing it is a bit more complicated, since if you freeze the rice and the broth together, they may take on strange tastes and the rice becomes very wet and sticky.

What you should do is separate the rice from the rest of the soup, so you should actually cook it separately since otherwise, it would be extremely difficult to strain it.

Then you must cook the rice with salt and pepper, let it cool and put it in a container with a lid or cover it with plastic wrap, you can also add a few tablespoons of oil to prevent it from sticking and then freeze it for up to 15 days.

To defrost the rice, leave it overnight in the refrigerator the day before eating it since doing it in the microwave or at room temperature will ruin it completely.

You can also freeze the broth with the chicken separately in a covered bowl, and it will last up to 15 days in the freezer, you should also unfreeze it in the refrigerator the night before eating it.

As well as other Spanish chicken and rice recipes, you can use any spices of your choice, like paprika, saffron, more or less pepper, etc.