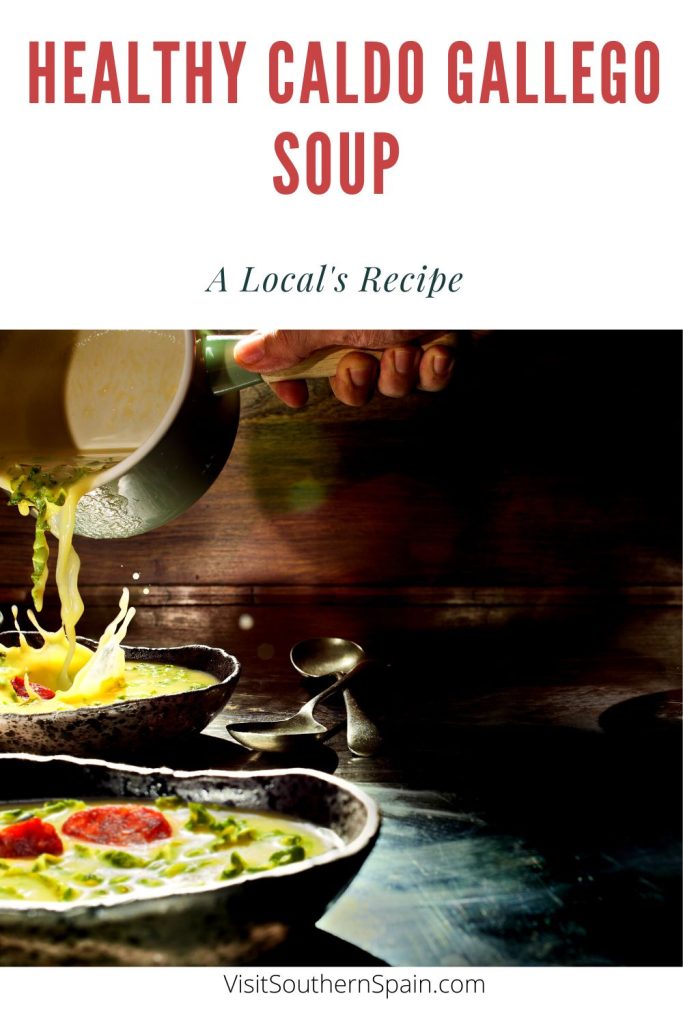 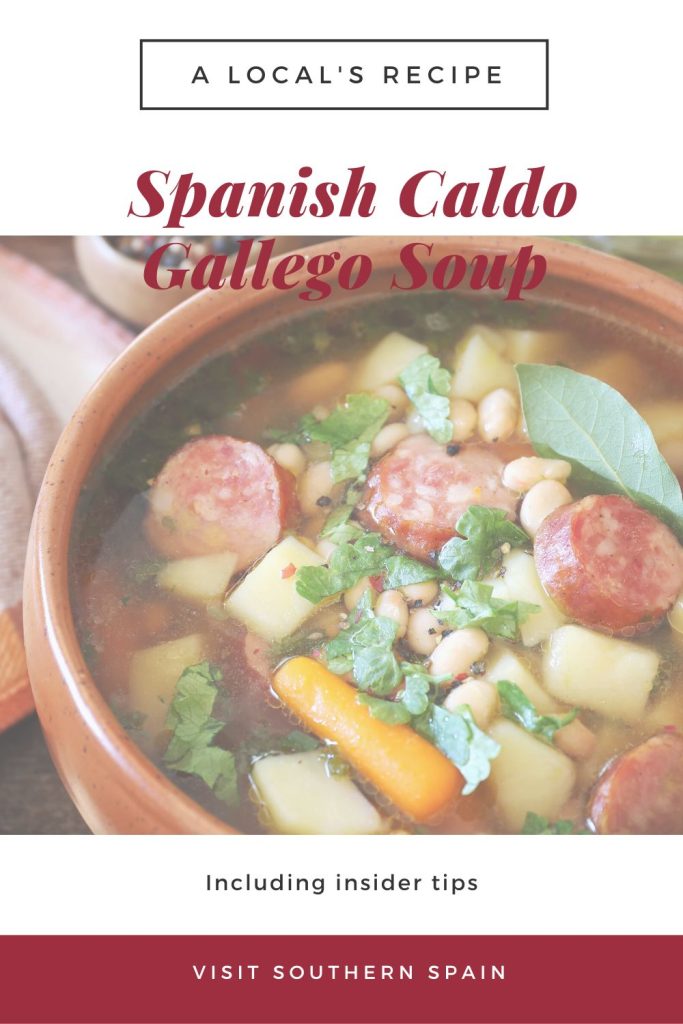 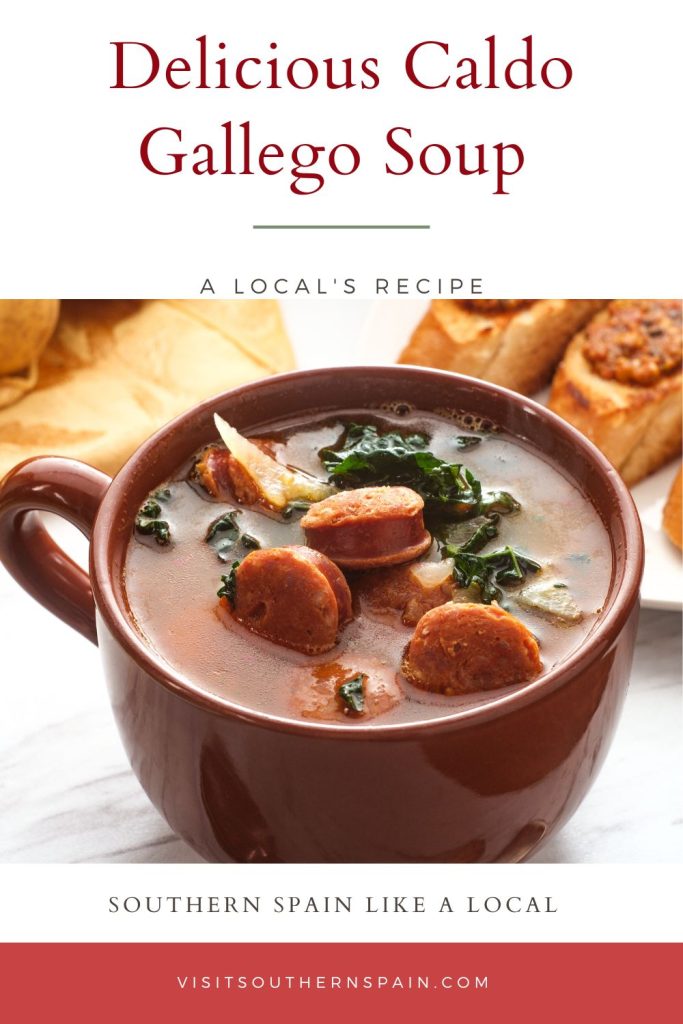 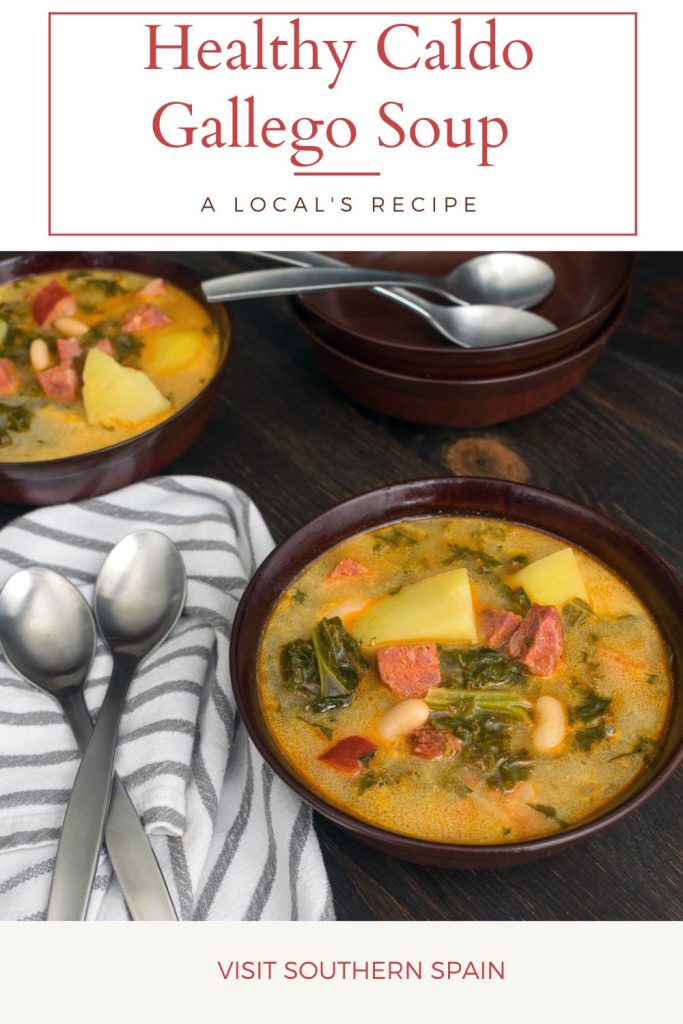 The world is full of recipes for popular soups, so many that there are times that it is even difficult to choose which one to cook.

The good thing about winter is that you can take three months to try new soup recipes, and become a master chef of this dish.

In this article, we present the Caldo Gallego soup, one of the most popular winter soups in all of Spain. Not only does it have a rich history, but it is delicious and easy to make.

Here you will learn how to do it in the comfort of your home. We will also give you tips so you know what ingredients can be changed, or how you can store and serve Spanish soup.

Within the Spanish soup recipes, the Galician broth is one of the few that originated in the rural region of Galicia.

In the countryside, in the early 1900s, people were starving, and winters were very harsh.

Things got worse with the Spanish civil war, so people had to get inventive about how they cooked.

This is how the Caldo gallego soup arose, which was originally a caldo gallego vegetarian recipe (only with turnip tops) due to how expensive the pork was.

Over time, the situation improved and people began to add classic ingredients from Spanish cuisines, such as chorizo, and pork shoulder, among other things.

The caldo gallego in English can be translated as ‘Galician broth’ or white bean soup.

The Caldo soup recipe calls for a handful of ingredients, but it’s nothing out of the ordinary or that you can’t find in the supermarket.

In the same way, we include a section so you can see the possible changes.

If you want to travel through the flavors of Andalusia, then we recommend that you try the hot Spanish garlic soup, the Spanish oxtail soup, or the fantastic pumpkin chorizo soup.

How to Make Caldo Gallego Soup – Step by Step Guide

The caldo ingredients that cannot be missing are some type of protein, beans, and some green leafy vegetables.

The ones that are listed in this recipe are the classic ones, but you can change them a bit according to your tastes or what you have in your house.

Another vegetable that can go well is pumpkin. You can use a couple of tablespoons or 1/2 cup of pumpkin puree.

It will give it a hint of sweetness to counteract the turnip tops, but it won’t quite turn into a pumpkin soup either.

You could replace the beans with any other type, or even with lentils. Although if you choose the latter, you might want to check out the delicious Spanish Lentil Soup.

As far as meat is concerned, it is one of the most popular recipes using chorizo, but you can also replace it. Any type of sausage (even a vegan one) will do the trick.

You can use pork, beef, or even one similar to the one in the Spanish chicken soup recipe.

The great advantage of making this easy caldo gallego soup recipe is that you can serve it as a main dish, as an appetizer, or for lunch or dinner.

If you eat it for dinner, make sure you have time to digest it and prevent the soup from being too heavy.

Maybe you are not used to it, but Spanish soups are the star dishes at Andalusian family dinners.

So if a holiday or a family reunion is coming, you can prepare this or choose one of the 28 Spanish soup recipes.

If you serve it in small bowls then you will have between 8 and 10 servings of caldo gallego soup following this recipe.

Try the Spanish potato soup as well, especially during the cold season. You’ll love it!

How to Store Caldo Gallego Soup

After preparing this Spanish chorizo recipe, you can choose to store it in the fridge or freeze it in the freezer.

In both cases, you should let the Caldo gallego soup come to room temperature before storing it.

Then you should put it in a Tupperware container with a lid, or in a bowl covered with plastic wrap (a clean plastic bag works too).

There you can store the Caldo gallego soup in the refrigerator for up to 4 days.

In the freezer, it lasts 30 days, and when you want to eat it you should let it defrost the night before in the fridge. Don’t let it thaw at room temperature because it can spoil.

The classic recipe is with turnip tops, but you can transform it into a bean and kale soup without problems.

You can even use cabbage, Swiss chard, or any type of vegetable you like.

For this Spanish bean soup, if you want to save time from soaking the beans, you can buy the canned ones that are already soaked, or fresh ones that come prepared to be cooked.

Lacón is the same as pork shoulder, only in Galicia, they tend to sell it salty.

If you buy one that comes salty you will have to leave it to soak, otherwise, it is not necessary.