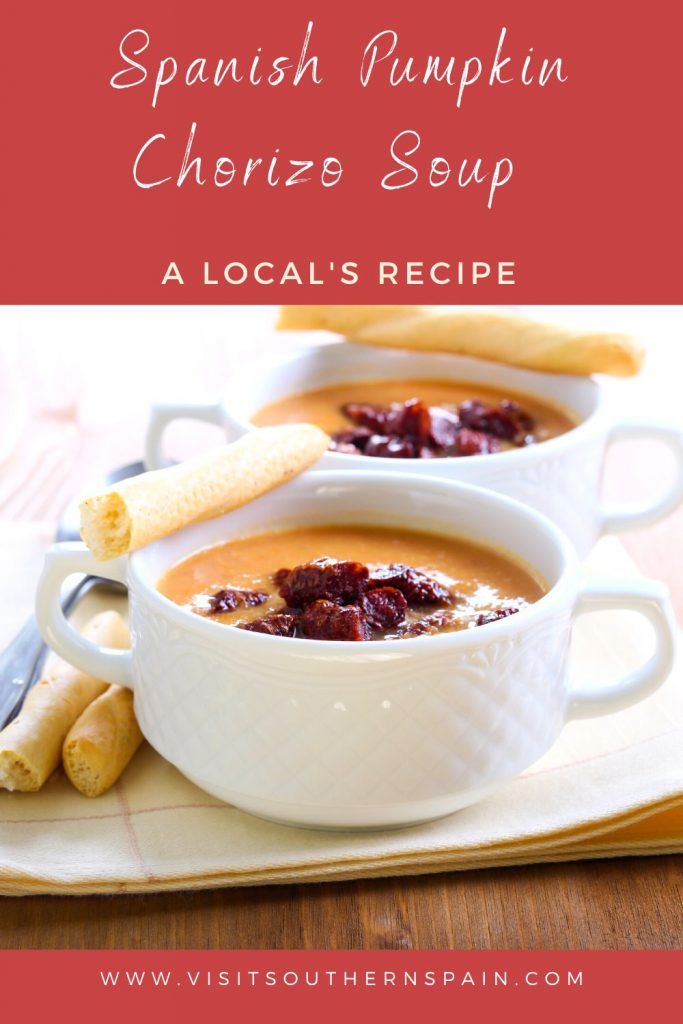 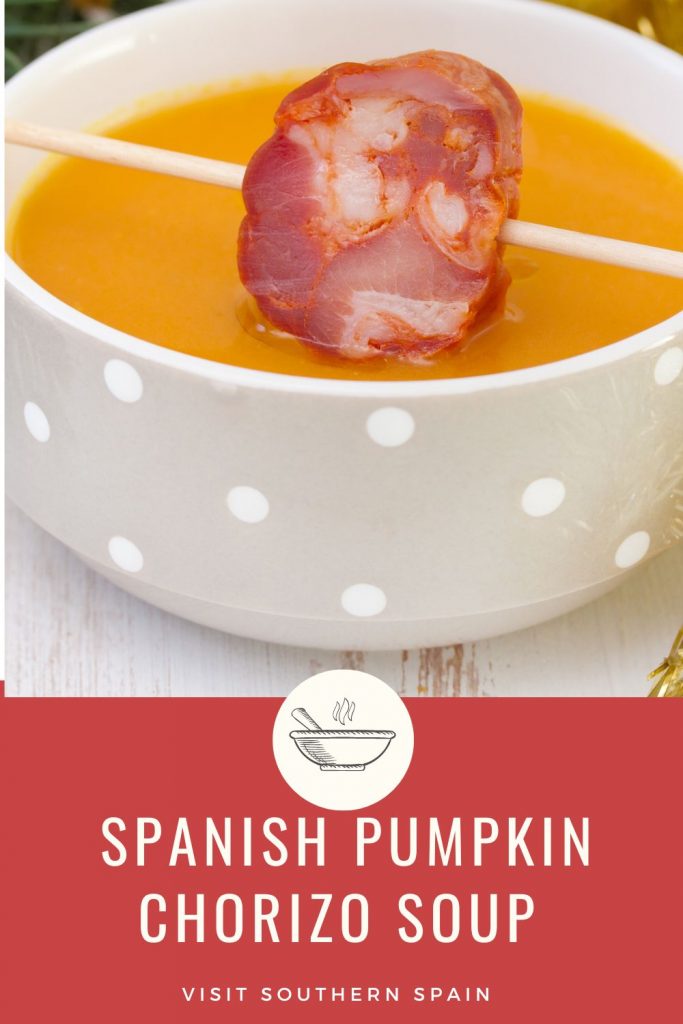 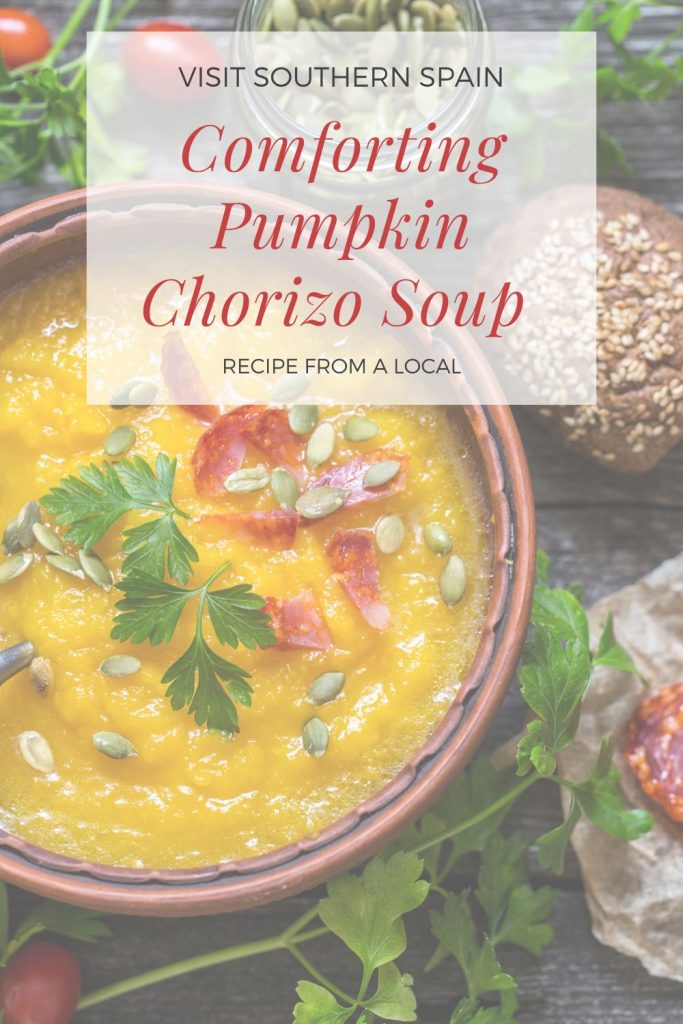 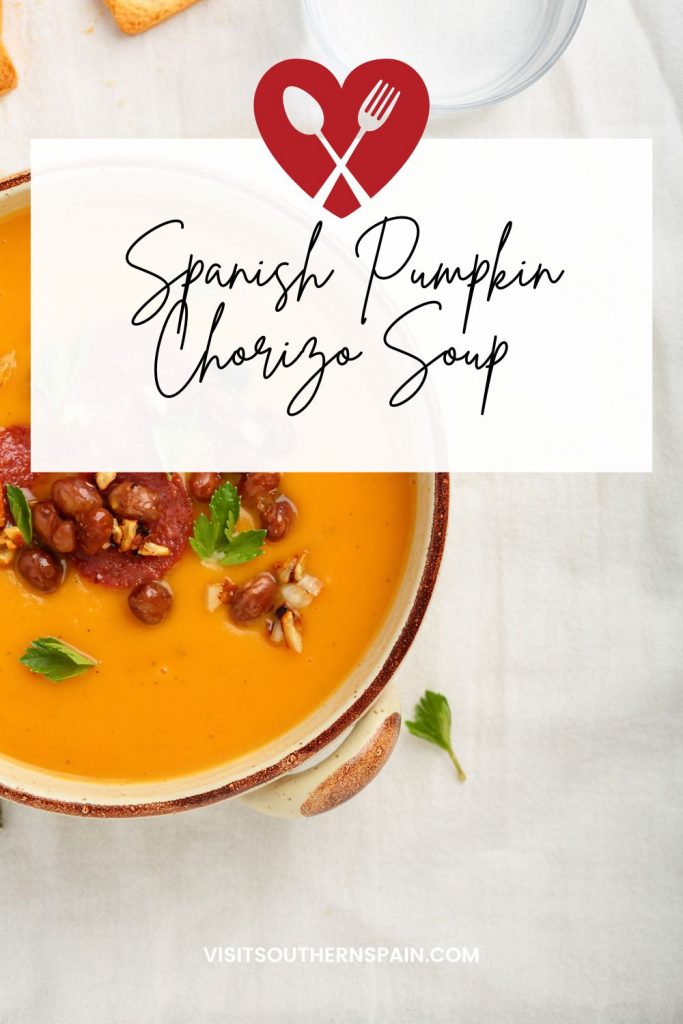 It’s time you renew your personal cookbook of soups, and fortunately, southern Spain’s cuisine is full of soups of all kinds that can help you boost do just that.

For this reason, we’ve written this article, so that you know the recipe for the best pumpkin chorizo soup. It is one of the most popular soups in the region, especially in the fall and winter months.

Here we’ll tell you everything you need to know about this recipe, including a step-by-step explanation and changes you can make to the ingredients.

Soup is one of the oldest dishes in the history of mankind, and Hispanic soups are practically a symbol that makes Andalusian cuisine known throughout the world.

Although the traditional gazpacho always gets all the spotlight, another delicious soup is the pumpkin and chorizo soup.

This was created in the 1800s, and it was eaten in the fall and winter months since there was so much pumpkin harvest that they had to invent dishes so it wouldn’t go bad.

Over time, people in the south of Spain began to take it as a tradition of this time of year, and today you can go to any restaurant in the area and they will be selling it.

To make this Spanish Pumpkin soup you only need 2 key ingredients: chorizo and pumpkin. Then you can make substitutions to taste, or even change the ways of cooking.

If you liked this recipe, cheer up and try other Spanish soup recipes like the comforting chestnut soup.

Or if you are a fan of chorizo then the Spanish chorizo rice and the chorizo cooked in cider may be perfect for you.

How to Make Pumpkin Chorizo Soup – Step by Step Guide

This Pumpkin chorizo soup stands out from other cream soup recipes, since you can make several changes in the ingredients, and you can even make it without cream.

The cream gives it a fantastic flavor that only a dairy product could give it, but if you cannot eat this type of food, you can remove it without problems.

You can eliminate it completely, or replace it with its vegan alternative (even plant-based milk).

You can also take inspiration from recipes with pumpkin puree and use 2 cans of puree if you don’t get pumpkin in the store.

The flavor won’t be as fresh, but it will save you the cooking step.

You can also cook it as roasted pumpkin soup, for a more roasted flavor. If you want to give it another flavor, you can use pieces of Spanish chorizo recipe in cider.

The best thing about making this pumpkin and chorizo soup is that you can serve it at any time of the day.

Of course, it is not a dessert or breakfast, but it is the perfect lunch or dinner, or even an afternoon snack.

You can make a Spanish migas recipe and sprinkle some on top of the soup as if they were the typical croutons.

It is a way of transforming this traditional soup into an all-Andalusian recipe.

You can also grab some of the cream of pumpkin soup and instead of mixing it while cooking, drizzle it on top of the soup while serving it.

It will give it a white dash to make it look like something out of a gourmet restaurant.

How to Store Pumpkin Chorizo Soup

As with other chorizo soup recipes, freezing this soup is not recommended.

This is because the chorizo can take on a bad flavor, and even the cream of the soup can crystallize, giving it an odd texture.

It is best to cook the pumpkin chorizo soup and let it come to room temperature, then you can store it in the refrigerator covered with plastic wrap for up to 5 days.

You can make it into a spicy pumpkin soup by adding peppers and cooking them with onion and garlic.

You can also use chili flakes or a larger amount of pepper. You could even drizzle some hot sauce on top while serving the Pumpkin chorizo soup.

If you don't like boiling pumpkin, you can make it in a roasted pumpkin soup recipe.

Just cut the squash into small pieces, and cook it in the oven for 30 minutes or until it becomes tender.

You will need to put a little water in the pan, otherwise, it may take an hour or more to cook.