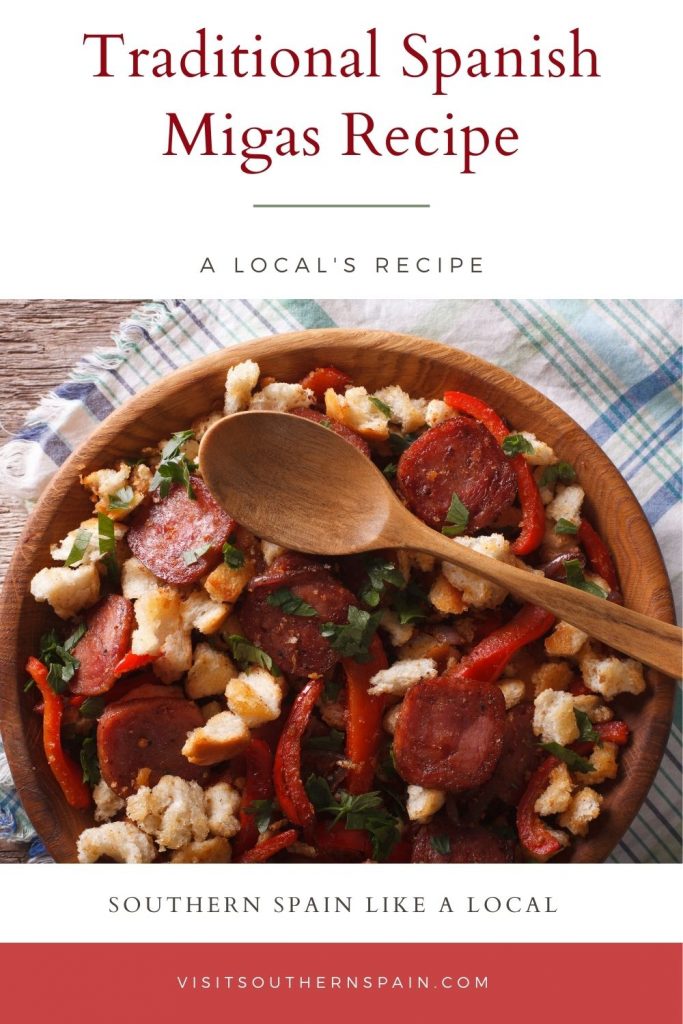 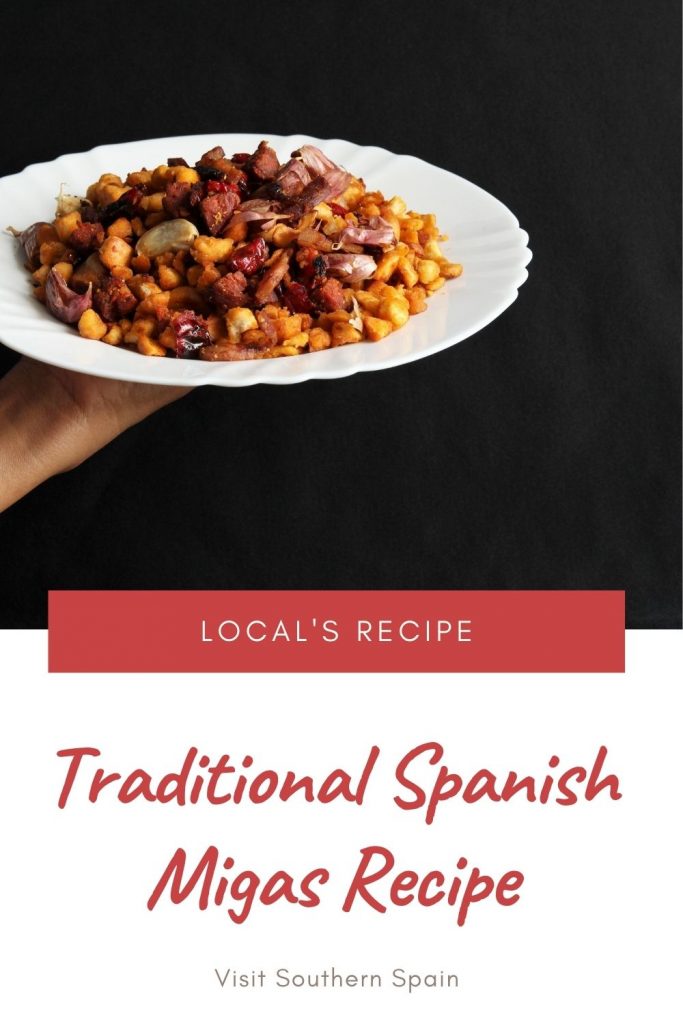 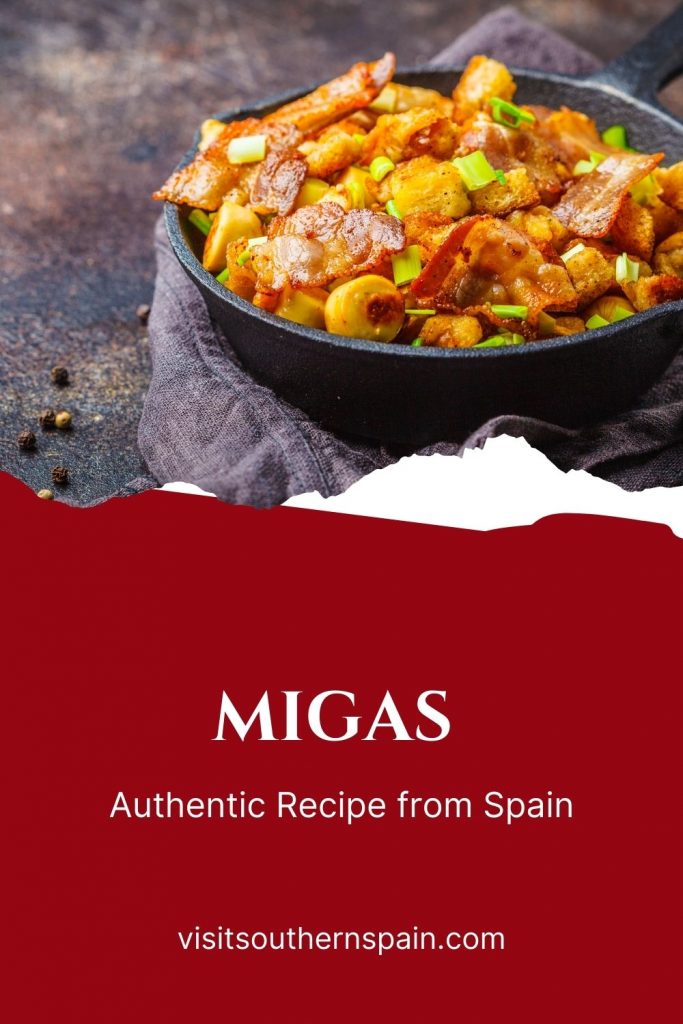 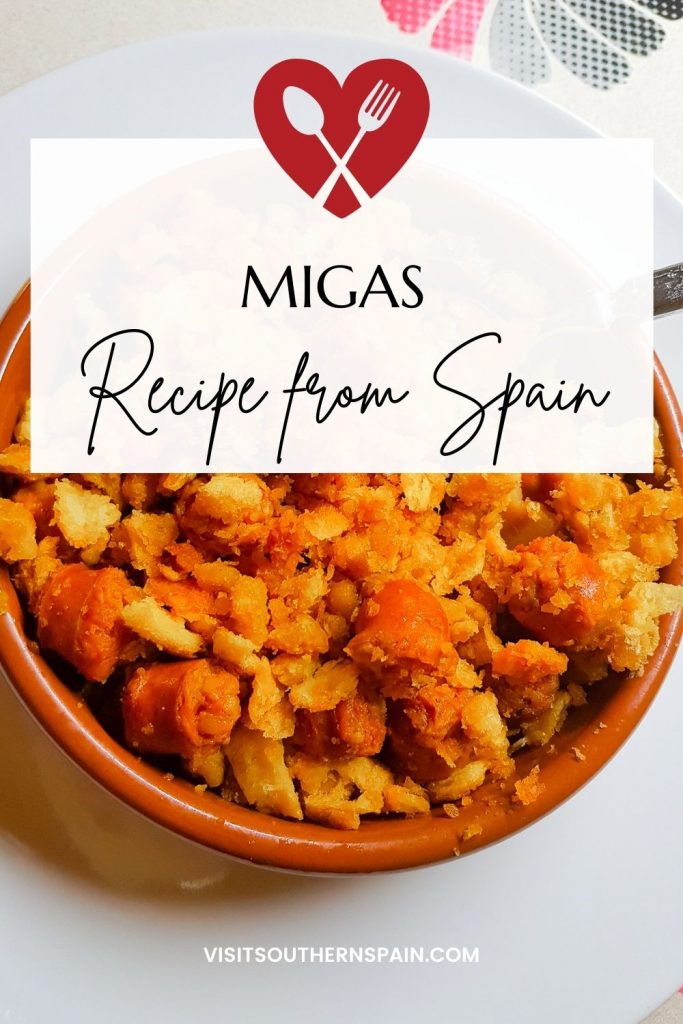 Only a few breakfast recipes come close to the perfection of the Spanish Migas recipe. It has meat, it has carbs, and you can add a fried egg and have the breakfast of a king on top of it.

You might be asking yourself, what is Migas? Migas is the Spanish for bread crumbs, which is also the main ingredient in this dish, alongside the Spanish chorizo and bacon.

This article will show you how to make Migas and different tips to rock this recipe. It is really easy to make,  and it’ll become one of your new favorite breakfast recipes.

The Spanish Migas recipe was created many years ago in Andalusia, even though there are different versions of this dish in different regions of Spain.

Legend says that this dish was mostly made on rainy days, where people couldn’t leave their houses, so they had to cook with things that were in their pantry.

This is the reason why the Spanish Migas recipes are made with a few ingredients that are also easy to find.

This recipe gained the title of best breakfast recipe without a doubt since there are even competitions throughout Spain where people compete to make the best Migas.

This Spanish Migas recipe can be done by anyone because you don’t need any particular cooking skill, and the only kitchen equipment that you need is a pan.

The ingredients are also pretty easy to find so you don’t have any excuse to not make it.

How to Make Spanish Migas Recipe – Step by Step Guide

This Migas recipe is the classic Andalusian recipe, but there are hundreds of variants since each person gives it their own touch, especially when cooking only with what you have at home.

Keep in mind that this recipe is usually made with old bread, which means that it is a recipe that allows you to have something delicious for breakfast with what you have on hand.

This still allows you to make a lot of changes, such as adding new ingredients, removing some, etc.

On the one hand, you can use any type of bread you want, so you can use whole wheat bread, oatmeal bread, or even gluten-free bread.

This is completely up to you, as long as it is stale bread that can be transformed into crumbs.

Besides that, you can make many changes in the seasonings, such as adding paprika, turmeric, onion or garlic powder, and much more.

There are even sweet and sour lovers who add a tablespoon of maple syrup to it.

Finally, this recipe is made with chorizo ​​and bacon, but you can use vegan alternatives or other healthier ones.

The flavor will not be the same but it will still be a breakfast worthy of a champion. For example, you can use low-fat ham, vegan sausage, etc.

The most common way of serving this dish is to have a nice Migas breakfast, which will keep you completely full until the afternoon, but you can have it for lunch, as a part of a big brunch, etc.

If you are having them for lunch, I recommend you to try and make Migas tacos, which consist of serving the Migas dish inside of corn tortillas.

You can also make some Migas eggs, where you add a fried egg on top of your Migas, just make sure to have enough for everyone.

So as you can see, Migas food can be served in multiple ways, all you have to do is to let your imagination fly.

If you’re looking for another breakfast recipe that is just as delicious, you must try our traditional Tortilla de Patatas recipe.

How to Store Spanish Migas

As well as other chorizo sausage recipes, there’s always a question related to how you can store the dish. Here I will answer all of your doubts, so keep reading.

You can store it in the fridge for up to 3 days, and then heat it in the oven or on a stove until it gets warm. Don’t heat them in the microwave because they’ll get a soggy consistency.

You can also freeze it and eat it whenever you want. I recommend you freeze it in Ziploc bags (or a clean bag) so later you can take out the portion you want to eat and heat it by itself.

This is an easy Migas recipe, but there are multiple Spanish Migas recipes because every Spanish family gives it a unique twist.

So you can do the same thing by changing the seasoning, adding different ingredients, etc.