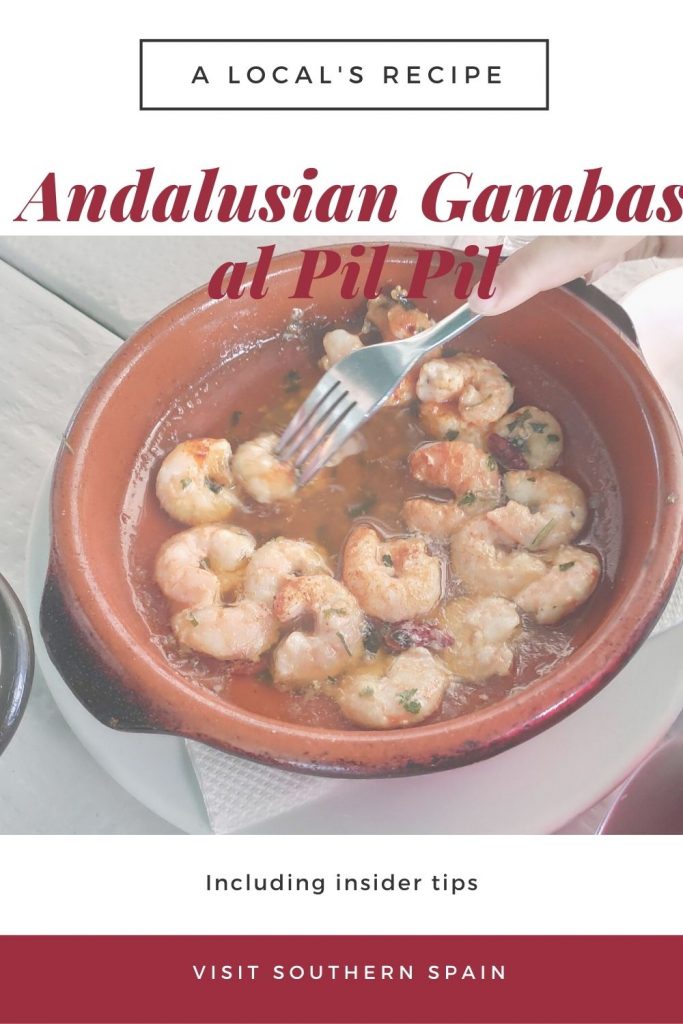 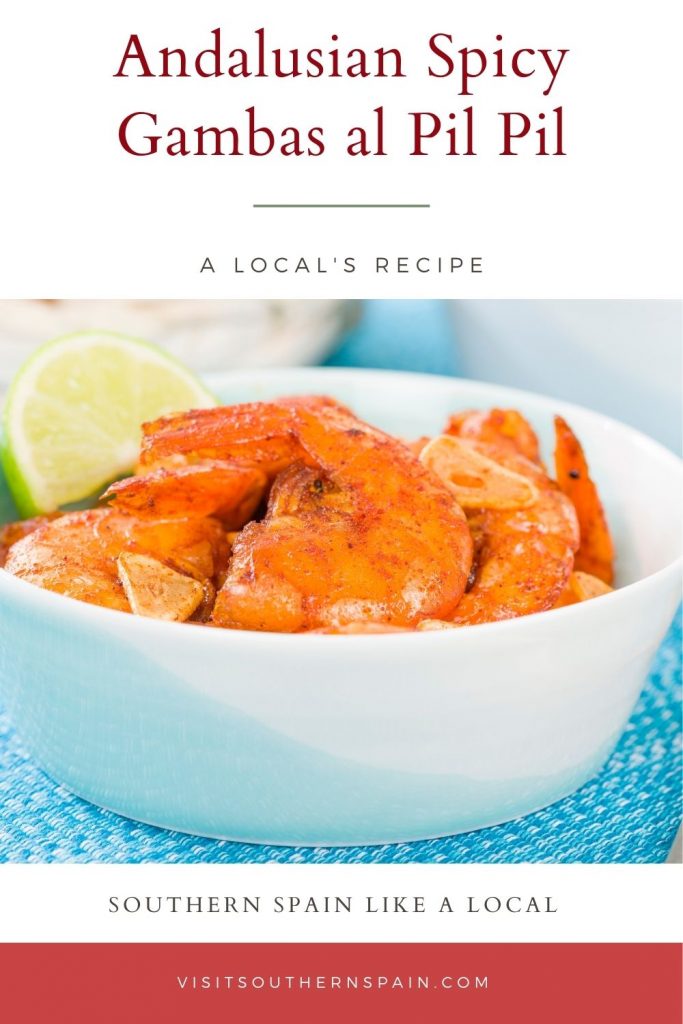 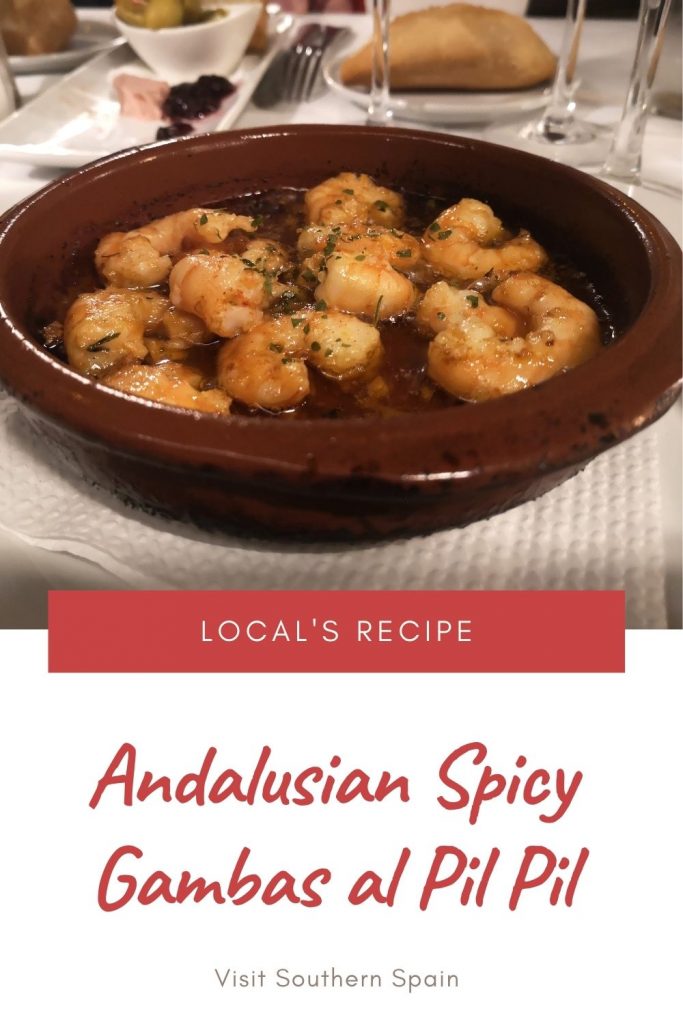 Some dishes appear difficult to make, because they have ingredients you never used or because the name sounds odd to you and you believe a challenge lies ahead.

This is also the case with “gambas al pil pil” as it is unknown to most people. Yet, it’s an easy recipe and you’ll have a restaurant-quality dish ready in a matter of minutes.

Here I will tell you how to make the famous garlic prawns recipe, some changes you can make in the recipe, and tips for storing and serving.

This famous prawn recipe is estimated to have had its origins in Andalusia at least 200 years ago, although there are also different “sibling” recipes as they have the same “pil pil” sauce.

The word “pil pil” refers to the sound that the sauce makes while it is in the pot. Although some people point out that it is due to the spice of the recipe.

In Spanish, this word begins with “Pi” (Picante, Pimiento, etc). Other similar recipes that may sound familiar to you are Bacalao pil pil (a cod dish) and seafood pil pil.

There are many variants because it is a delicious dish that has few ingredients, which are also (or at least were) very cheap in the coastal region of southern Spain.

This gambas recipe generally stands out among other garlic prawns recipes, because it only calls for a few ingredients, and it doesn’t take too much time to make.

You’ll just need some spices that you probably already have in your pantry, some olive oil, garlic, and of course, the star ingredient of this dish that is the gambas (prawns).

This recipe has few ingredients, which are also easy to find so it is very easy to make. However, there are some substitutions you can make to adapt the recipe to your tastes.

For example, my favorite change is to add 2 tablespoons of honey, or brown sugar, this makes the recipe take a bittersweet taste.

Of course, they would no longer be the typical spicy gambas al pil pil, but if you like bittersweet food you should definitely try it.

Besides that you can make changes to the seasonings; add turmeric to give it another color, or other herbs like rosemary, bay leaf, or even oregano.

This is also a rather spicy gambas al pil pil, so it calls for paprika powder and black ground pepper, but you can change the amount or completely remove them if you don’t like spicy food.

I recommend you to keep them because they give an amazing flavor to this dish. Another recipe that has a spicy and seafood flavor is our traditional Spanish paella recipe.

If you liked this recipe, or want more ideas of Spanish dishes that you can make, I recommend that you try recipes such as the easy Spanish shrimp soup recipe or Spanish garlic shrimp.

As summer is already here you can also try our gazpacho with shrimp, and for an Andalusian breakfast try the traditional Spanish Migas recipe.

This dish is served throughout the year at all times of the day on the streets of Andalusia, so in spirit, this is an all-terrain recipe.

Therefore, you can serve it as a starter or as a main dish, both at dinner and at lunch.

For serving you can grab small bowls, or if you want it to look like an entirely authentic Spanish dinner recipe, grab a Cazuela (clay pot), and serve the Gambas al pil pil there.

As well as it happens with other garlic recipes, the garlic flavor might be a little bit too overpowering for some people.

If this is your case, you can serve this dish with some sort of cream dipping sauce, or even with some chopped nuts on top, which will balance the flavor.

The spicy gambas al pil pil goes well with the Spanish horchata drink as it provides a bit of relief and is delicious and healthy as well.

My favorite part of this Spanish recipe is that it’s easy to make and it doesn’t take too much time, so I generally don’t have to worry about storing them as I immediately devour them.

However, there are some saving tricks if you have a little leftover or want to do it ahead of time. You can store them without any problem in the refrigerator for up to 3 days.

Make sure to keep them in a tightly closed container so your refrigerator doesn’t fill with the smell of garlic.

Personally, I don’t recommend freezing them, as later the texture of the prawns will become hard or rubbery, and the sauce loses its characteristic fresh flavor.

I know that it might seem like a lot of garlic cloves, but that is one of the main flavors of this dish, almost as if you were having garlic prawns.

But you can use less if you don't like the taste, or replace them with 3 tablespoons of garlic sauce.