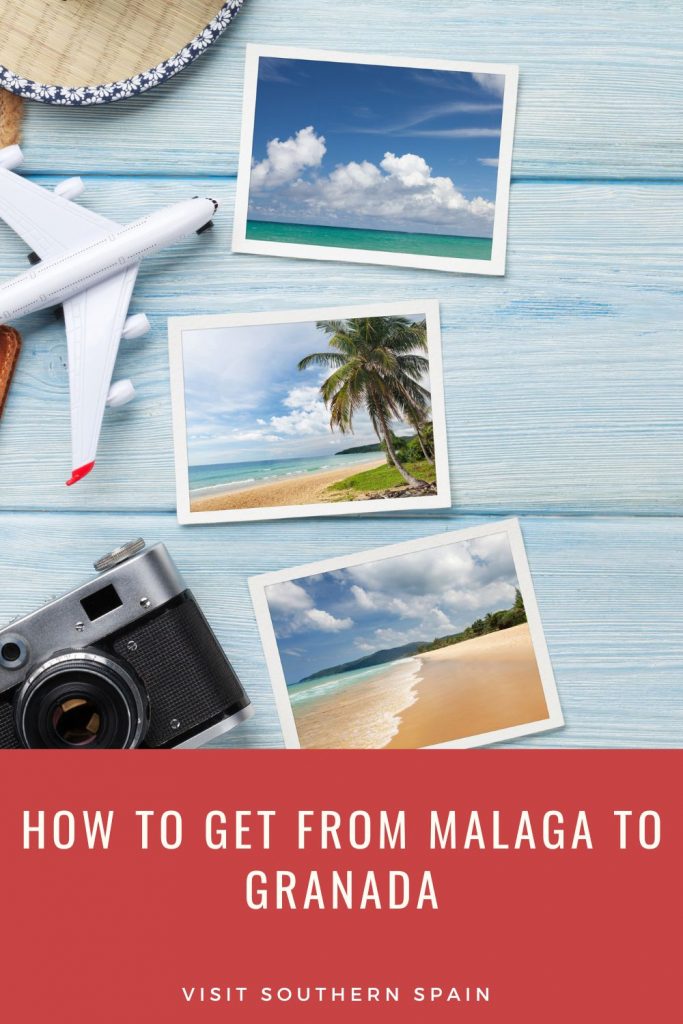 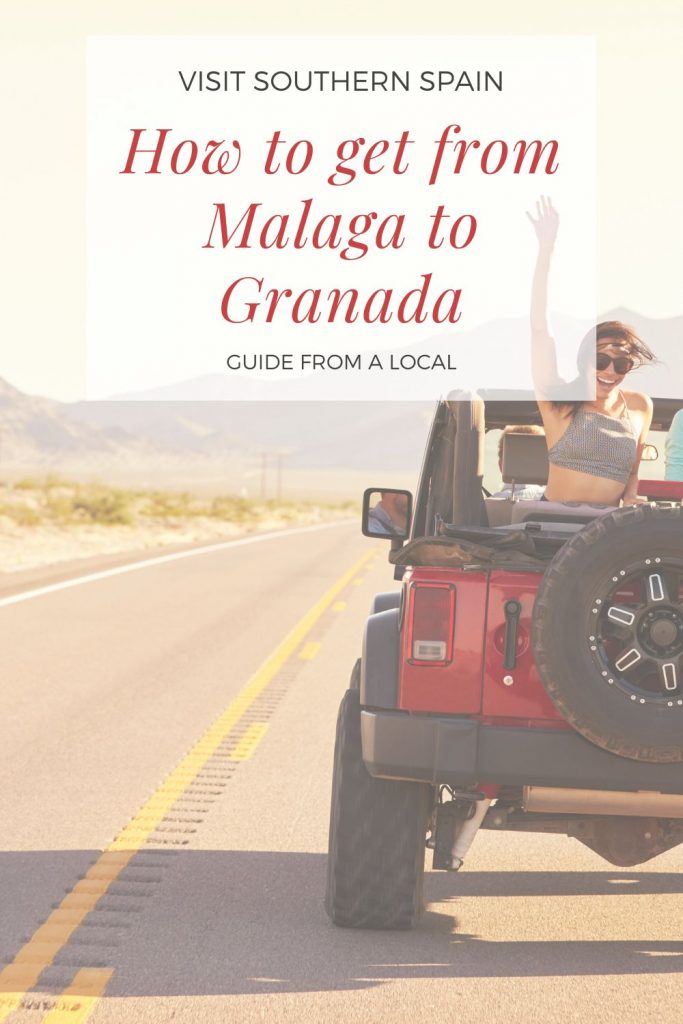 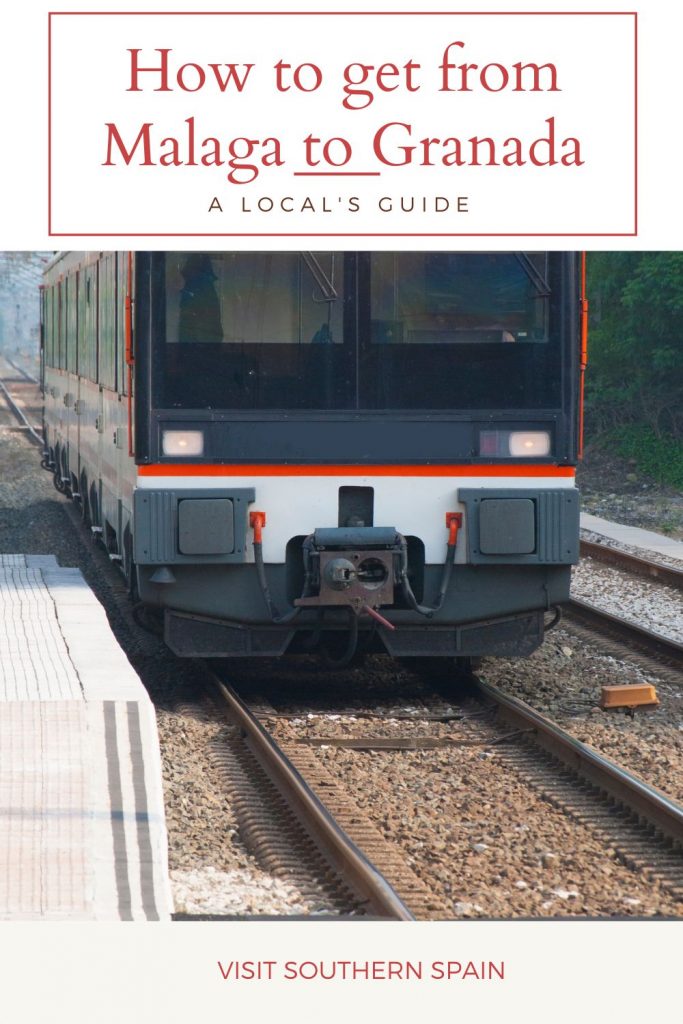 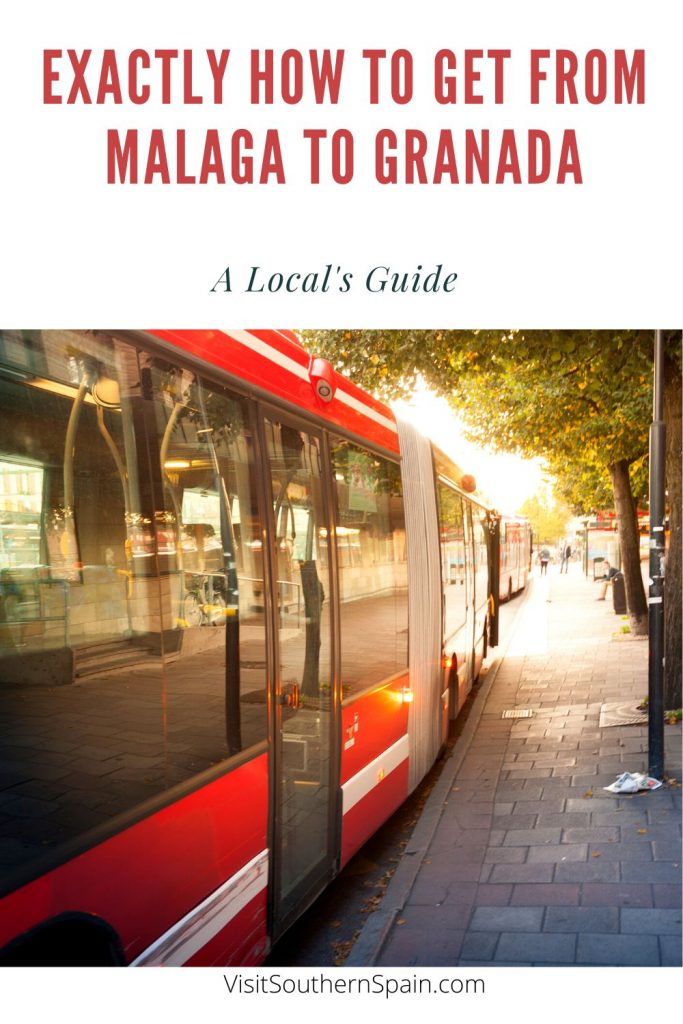 The ultimate transportation guide between Malaga and Granada.

Need the fresh sea breeze in your hair and a healthy portion of boquerones al vinagre in your tummy?

Then Malaga is the perfect destination for your upcoming vacation – whether it be a short road trip or a full-on, action-packed two-week holiday, this city will give you plenty to write home about.

You’ll never be stumped as to what to eat or where to eat in Malaga with the city’s delicious choices ranging from a refreshing gazpacho in the summertime to a hearty and warming cocido in wintertime in a selection of fabulous restaurants.

And there are plenty of things to do in Malaga too, and lots of other charming pueblos and exciting cities to visit during your stay too.

How about a day trip from Malaga to Granada, for example? Granada is a beautiful, historic city with breathtaking cultural sites, fabulous shopping opportunities, and, in most places, free tapas with every cerveza you order.

In this article you’ll find all the information you need about how to get from Malaga to Granada, and, of course, how to go about the return journey, to ensure you have all the info needed for a hassle-free and relaxed trip!

✔ Book tours in Malaga with GetYourGuide

⚘ Avoid tourist traps and get the customizable “Andalucia Like a Local” itinerary. – Get it here

➳ Find the best hotels in Malaga with Booking.com

❖ Rent a car at the best rates with Discover Cars

✎ Never leave without travel insurance! I get mine at SafetyWing. It is easy to set up, cheap and reliable.

Distance from Malaga to Granada

The distance between Malaga and Granada is just over 120km.

If you’re traveling by car it’ll take you around one and a half hours to reach the city and with so many methods of transportation from Malaga to Granada, it makes for the perfect destination for a day trip.

Selection of Day Trips from Malaga to Granada

BEST OPTION: How to get from Malaga to Granada

Traveling from Malaga to Granada is easy and comfortable seeing as there are various options available to you. While the best way to get from Malaga to Granada is by car – giving you the freedom to stop wherever you want along the way, and spending as long as you want exploring the city without having to keep to public transport schedules – there are other possibilities available to you too, such as catching a train to Granada from Malaga. – Check out tickets here.

From Malaga to Granada by Train

If you’re looking to head from Malaga to Granada by train, make your way to the Mariá Zambrano station located just outside of the center of the city. – Book tickets in advance here.

Be aware that it won’t take you to Granada directly; you will have to catch a train to Antequera-Santa Ana, which takes around 24 minutes.

From here, you can hop on a direct train to Granada, which will take another 53 minutes.

Taking the train from Malaga to Granada will cost you around €23,70 though you can always snatch a cheaper deal by booking your ticket in advance. – Check out schedules and info here.

From Malaga to Granada by Bus

Would you rather go from Malaga to Granada by bus? That is also a great option and a cheap one at that, starting at €11,00 per ticket.

Buses from Malaga to Granada are equipped with air-con and a toilet, offering optimal comfort even during the height of summer. – Get your tickets in advance here.

Catch your bus at the Malaga bus station on Paseo de Los Tilos, right next to the Maria Zambrano train station.

Check the timetables for catching a bus from Malaga to Granada and book in advance for the best promotional prices. – Check out tickets here.

From Malaga to Granada by Car

Making your way from Malaga to Granada by car couldn’t be easier – it’s a straightforward scenic route, and the roads are much calmer than the carreteras along the coast.

This is road tripping at its best! Hiring a car will give you the freedom to explore the surrounding areas of Granada too, including the Sierra de Nevada.

Traveling from Malaga to Granada truly is a breeze!

Leave the center of Malaga by getting on to the E-15/A-7 from Paseo de Parque and continue on the N-340, Paseo Cerrado de Calderón.

The car trip to Granada will take you between 1 hour and 30 minutes to 2 hours depending on which area of the city you are looking to visit. – Check out car rentals here.

From Malaga Airport to Granada

Want to head to Granada immediately upon landing at Malaga airport? Simple enough – here are the best ways to go about it. Most of them start with a bus from Malaga airport to Malaga.

From Malaga Airport to Granada by Train

There is no direct train from Malaga to Granada or a train from Malaga airport to Malaga for that matter, but not to worry – catch a bus from Avenida Comandante García Morato (Aeroclub), just a 15-minute walk from the airport. – Book tickets in advance here.

Line A express will take you to the center of Malaga and the María Zambrano train station in 25 to 30 minutes for just €3; the bus goes every 30 minutes until midnight.

From the María Zambrano station, you can catch a train to Granada with one switch in Antequera Santa-Ana.

From Malaga Airport to Granada by Bus

After all that time on the plane, your legs will be happy to get a good stretch en route to catch the Line A city bus on Avenida Comandante García Morato (Aeroclub).

There is no direct bus from Malaga airport to Granada, but Line A will take you to the María Zambrano train station, next to which you’ll find the bus station on Paseo de Los Tilos.

It takes around 30 minutes to get from Malaga airport to the bus station in the center of Malaga; a direct bus will take you to Granada in under two hours starting at €11. – Check out tickets and schedule here.

From Malaga Airport to Granada by Taxi or Car

If you can fit traveling by taxi from Malaga to Granada into your budget, it’s a great option and is best done by booking a transfer from Malaga airport to Granada online.

Depending on your time of arrival it will cost somewhere between €130 and €200 and will take around 1 hour and 30 minutes. You will be picked up at arrivals and escorted to your car.

Alternatively, you could rent a car from one of the many rental shops around Malaga airport, including Europcar and Centauro.

If you’re planning on doing more sightseeing and day trips during your stay in Malaga, it’ll be well worth it starting at around €20 a day depending on the season.

Return: Travel from Granada to Malaga

To make your way back from Granada to Malaga, you’re basically just going to have to follow the above transportation instructions in reverse.

So, if you’re looking for a bus from Granada to Malaga, make your way back to the estacíon de autobuses on the Avenida de Juan Pablo II, and catch the direct bus back to the bus station next to María Zambrano. – Check out schedules and tickets here.

To get from Granada to Malaga by train, head back to the main train station and take the train back to Malaga via Antequera-Santa Ana.

As you can see, getting to Granada from Malaga and back is easy peasy with so many transport options available to you.

However, our favorite by far is the rental car – it just gives you so much more freedom to explore and discover all the places outside of the city that are worth a visit too, such as Aguas de Viznar.

Getting around the city by car is rather complicated, as many roads are only open to residents or small vehicles such as mopeds – this can lead to a lot of driving down in circles if you’re not versed with the ways of Granada city.

There are lots of affordable parking houses and areas around though, so our best tip is to keep the car park whilst in the city, then spend the rest of the afternoon exploring the outskirts of Granada.

Trust us – you’ll never have to worry about what to eat in Granada or how to fill your day, as there is plenty to see and do in the area, from scrumptious eateries to awe-inspiring mountains walks from the Sierra Nevada.

How to get from Granada to Malaga?

While there are no direct trains from Granada to Málaga, Renfe operates one or two trains per day that connect in Antequera between Granada (Granada Train Station) and Málaga (Maria Zambrano Station).

The entire trip will take about 1 hour and 45 minutes, which is comparable to the bus but slightly more expensive.

Is there a high-speed train from Malaga to Granada?

A single ticket between Malaga and Granada costs 23.10 euros and a return ticket costs 37 euros.