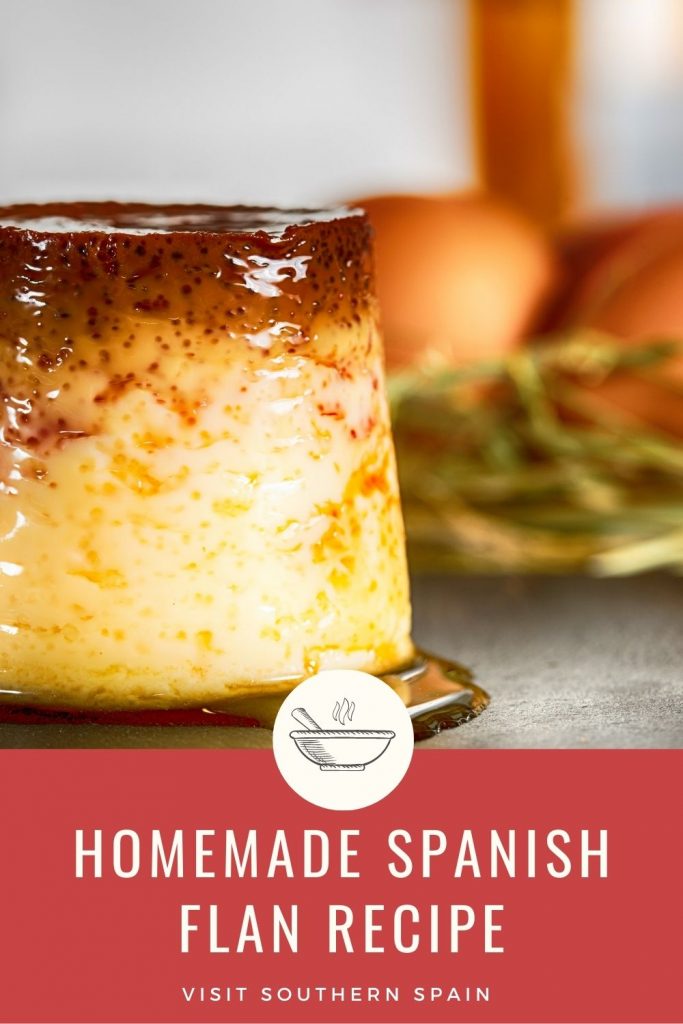 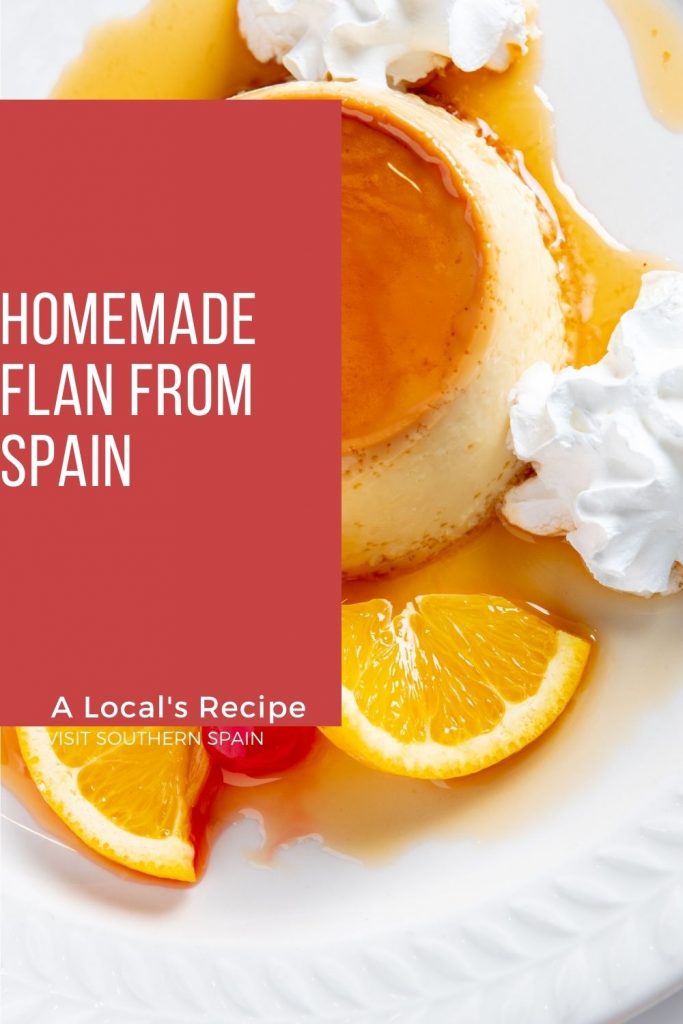 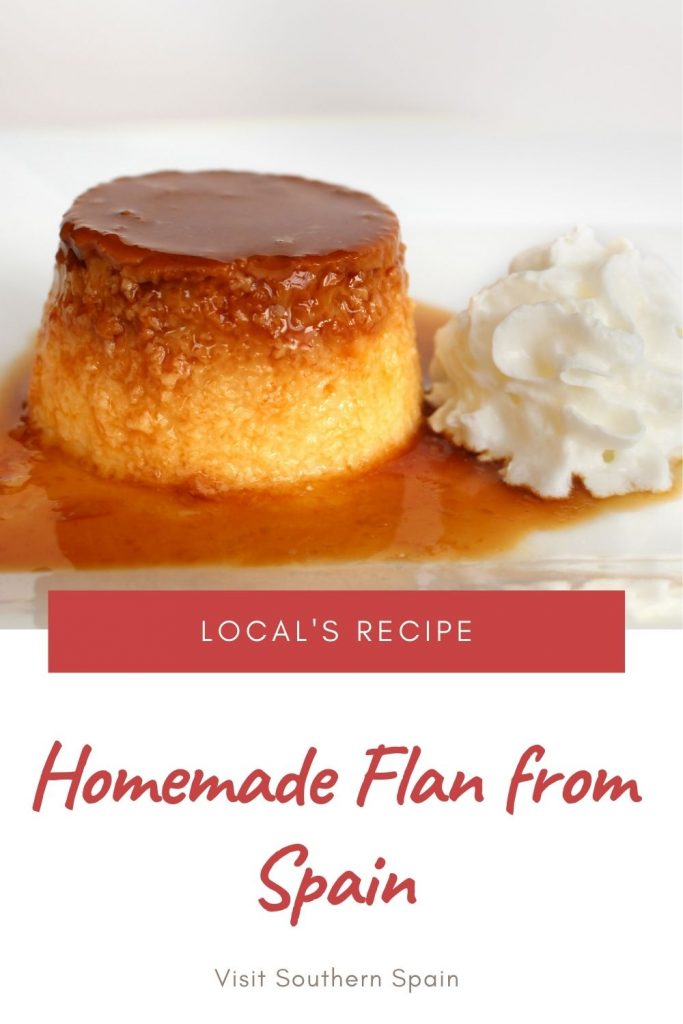 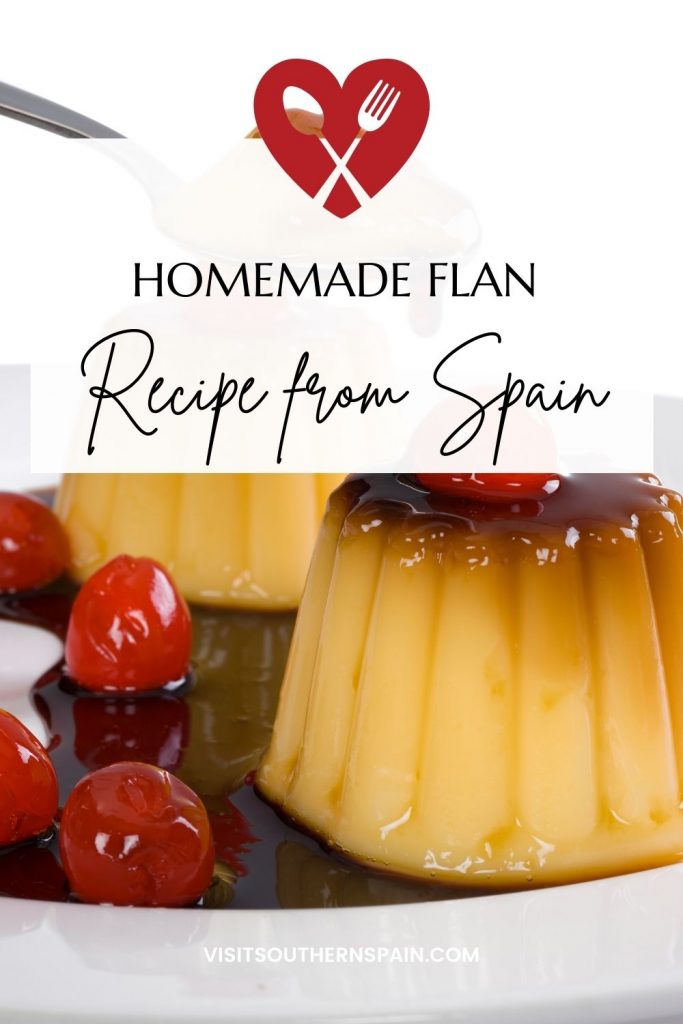 Some desserts always bring back beautiful memories, such as the dessert served at your wedding, your favorite one as a child, or the dessert your grandmother used to make.

One of these desserts is without a doubt the Spanish flan. This recipe became popular because of its simplicity, it requires few ingredients, and the result is a dessert that everyone loves.

In this article, I will show you how to make flan, what is flan, and different tricks to customize this Spanish flan recipe according to your tastes.

Table of Contents show
1. This post contains affiliate links. If you buy via them, I’ll earn a small commission which helps me to keep this blog running. I received services for free for an honest review. All opinions are my own.
2. Ingredients
3. Ingredients
4. Instructions
5. Notes
5.1. Nutrition Information
5.2. Yield
5.3. Serving Size
6. Did you make this recipe?

Flan origin dates back to centuries before Christ, and then a version more similar to the traditional Spanish flan recipe was used by the Greeks and Romans and was called Tyropatina.

The Flan recipe was a tremendous success worldwide, but especially in Andalusia, from the 1940s to the 1990s, although it was later relegated by more powerful desserts such as cheesecake, brownies, etc.

Nowadays, this delicious dessert has the category of “vintage” so that its lovers can continue to enjoy it in restaurants, especially in Spain and Latin America.

This is an easy flan recipe so anyone can make it. The best thing about homemade flan is that it does not have rare or expensive ingredients.

The base ingredients are eggs, milk, and sugar, so you probably already have them in your pantry.

For this recipe, I use the individual flan mold because this is an authentic flan recipe. However, you can use a larger mold, or silicone molds with different shapes.

In some countries, you can find disposable aluminum molds but make sure to use one that you feel comfortable with when cooking and unmolding.

How to Make Spanish Flan Recipe – Step by Step Guide

If you take a look at the flan ingredients, then you’ll see they are pretty basic and easy to find.

This is great because you can make flan recipes with only a few ingredients, and you can also create new flavors by doing some changes.

For example, you can make a chocolate flan. All you have to do is to add 80g (or 5 to 6 tablespoons) of cocoa powder instead of the lemon zest while you’re infusing the milk.

This is a classic flan de Leche recipe, though you can find other recipes that are from sweet condensed milk or heavy cream.

I recommend only using milk and keeping it simple, but if you don’t have enough milk you can use half of milk and half of heavy cream (like 1 cup of each).

If you liked this recipe then you should definitely try other Spanish dessert or sweet recipes, such as the authentic churros recipe from Spain, Spanish hot chocolate recipe, and Spanish chocolate chip cookie recipe.

As I told you before, the recipe for flan is one of the most famous and classic desserts from Spain, so it is typically eaten as a dessert or as an afternoon snack.

This is a traditional flan recipe, but you can give it different toppings to make unique twists on the recipe. You can top it with whipped cream, dulce de leche, berry jam, etc.

Keep in mind that this is a caramel flan recipe, so it is already pretty sweet. If you want to add some texture to your flan dessert you can add some chopped nuts for topping.

There are other delicious recipes that you must try if you’re craving Spanish desserts and that is the Leche frita recipe or Spanish rice pudding.

How to Store Spanish Flan Recipe

This recipe for flan, like others, already calls for a while in the refrigerator, so this means that it can last up to 5 days in the fridge without problems.

You must know that Spanish flan cannot be frozen. This dessert is based on egg and milk, so if you freeze it, these will cut.

Also, the flan would lose its characteristic texture, so if someone recommends that you freeze flan, ignore them.

I always recommend using lemon zest when making recipe flan because it helps to cut the amount of fat dairy products give.

That is why recipes with many dairy products such as cheesecake or the flan have lemon zest or some other sour fruit.

This is a simple flan recipe, but of course, you can try other infusions for your flans such as cinnamon, nutmeg, ginger, chocolate, and more!