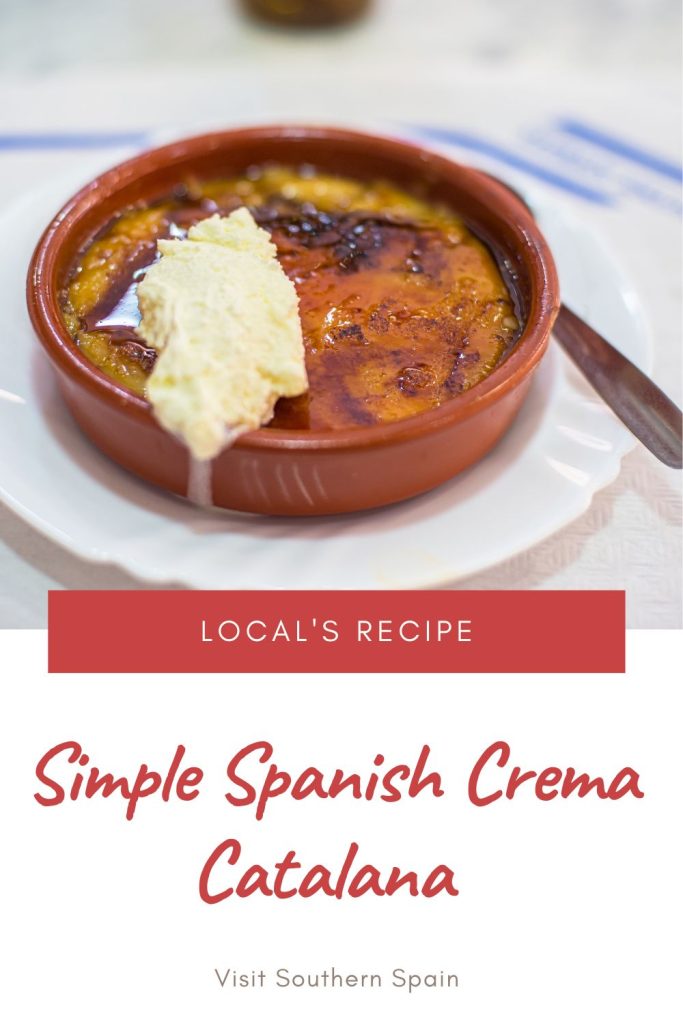 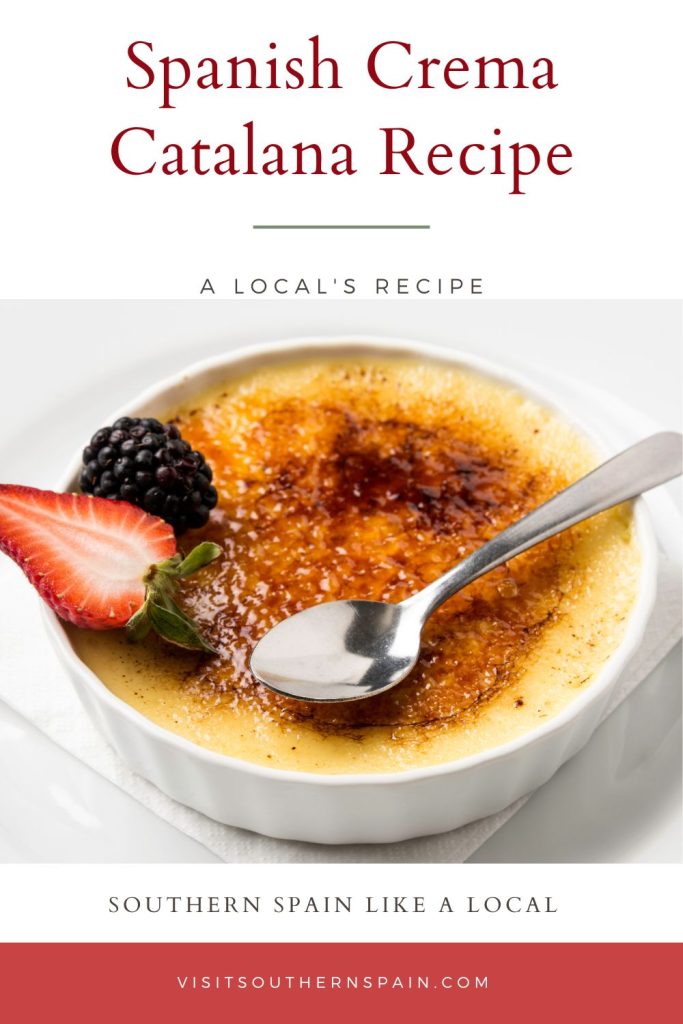 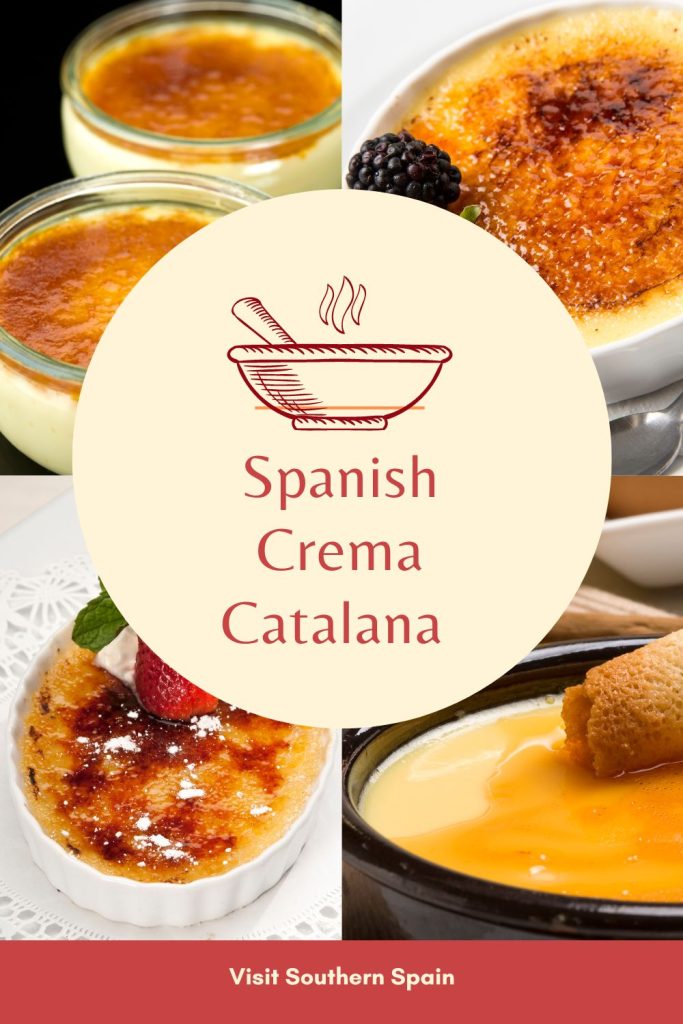 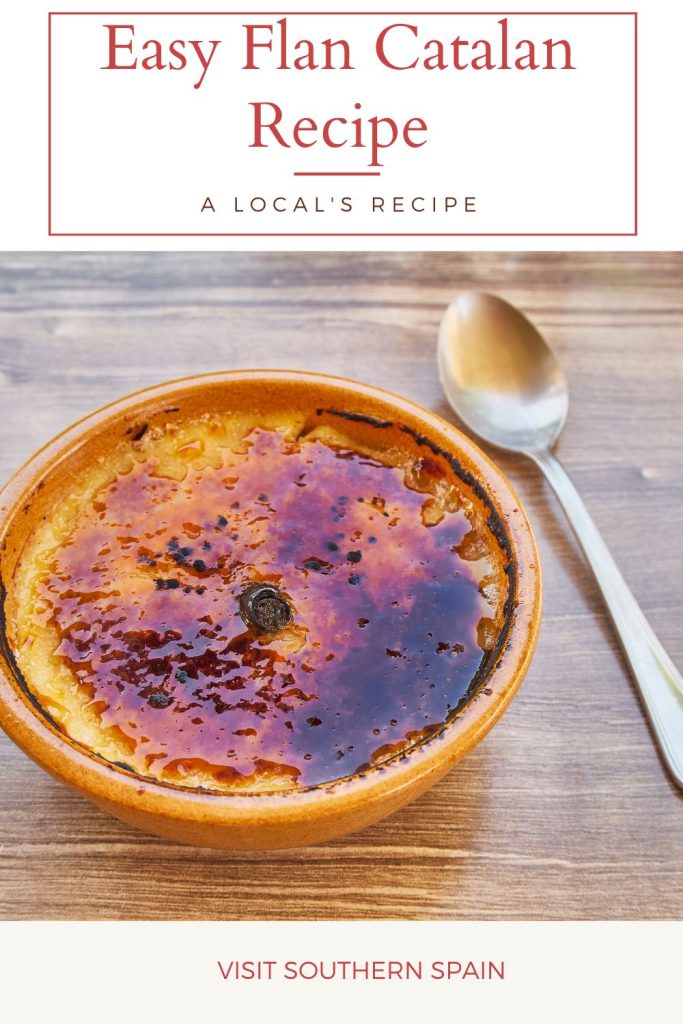 Any time of the day should be dessert time, but since it is not, we must make the most of the moments when we do eat dessert.

We can do that by eating a delicious, timeless dessert that can be eaten at any time of the year.

If you are looking for a crema Catalana recipe that does not require any cooking skills, then you are in the right place.

In this article, we will dedicate ourselves exclusively to teaching you how to make the Catalan dessert.

It is one of the most popular Spanish desserts for several reasons: it is cheap, it is easy to make, and the result is a delicious dessert.

Prepare your cooking apron, gather the ingredients and continue scrolling to be able to make this recipe yourself.

Like other popular Spanish desserts, this one saw its origin in the medieval era.

It is considered one of the oldest desserts in Spain, and since the 16th century, it began to be named in different literary works.

This allows historians to establish a record of the existence of this dessert, even though in some cases it was called flan Catalan, or Spanish creme brulee.

It was popular since that time because it was cheap to make, although cinnamon was not used in the lower classes due to its high cost.

The custards were evolving and reaching all parts of Spain and the world.

Although you can find all kinds of versions, from chocolate custards to others with exotic flavors, nothing beats the classic dessert.

To make these treats from Spain, you need milk, egg, and sugar as the main ingredients along with some flavoring (in this case cinnamon and lemon).

It’s ideal if you have a kitchen blow torch, but it can be replaced with an oven.

If you don’t have a kitchen blowtorch and you aren’t sure about using the oven, then we encourage you to try and make other classic desserts, such as the Spanish leche frita and Spanish arroz con leche.

How to Make Crema Catalana Recipe – Step by Step Guide

The ingredients of the crema Catalana recipe are quite fixed but basic at the same time: milk, eggs, and sugar. Cornstarch is also key but it can be replaced by flour.

On top of that, you can play around with the flavorings, and go beyond the cinnamon and lemon.

There have already been other Hispanic desserts that have made these changes in flavorings, adapting to new trends, such as the innovative Spanish pumpkin flan.

You can use a vanilla bean, which would be quite a conservative but delicious change.

You can innovate more and use other herbs by adding tea bags to the milk, or a little pumpkin spice.

If you want a creamy dessert like the crema Catalana recipe, try the Spanish cream puffs, the Spanish natillas de leche, or the Spanish custard dessert. You won’t regret it.

Catalan cream is one of the yummiest desserts because of its dreamy taste, but also because it is very practical to serve and eat.

It is easy to serve because the crema Catalana recipes indicate that it must be prepared directly to be placed in the ramekin.

Therefore, to serve you just have to take the ramekins out of the fridge, put a little sugar on top, and with the help of a kitchen blowtorch burn it to make caramel.

If you’re wondering if you should serve crema Catalana hot or cold, the answer is hot!

Crema Catalana should always be served as soon as it is taken out of the fridge and the caramel burnt right away so that there is a contrast of temperatures between the cold of the cream and the warmth of the caramel.

Want to dive into other delicious Spanish desserts? Try the Christmasy mantecados cookies, the polvoron, or the crunchy turron de Alicante.

For something softer and lighter, go with the Turron de Jijona, bunuelos de viento, and Spanish pumpkin fritters.

How to Store Crema Catalana

Unlike other Spanish dessert recipes, storing Catalan cream is more complex. It does not mean that it is impossible, but you must do it correctly so as not to waste all your work.

If you follow this creme Catalan recipe, then you will be able to store the ramekins with your prepared dessert for up to 4 days.

In any case, you should not do the process of burning the sugar on top if you plan to save it, you should do that just before serving.

The Crema Catalana cannot be frozen as that just doesn’t go well with creams.

They tend to crystallize, to separate the fat content from the rest (because it freezes at different temperatures), and everything ends up getting spoiled.

The recipe for crema Catalana calls for cinnamon and lemon peel as the flavorings, but you can use a vanilla stick if it's in your budget (or vanilla essence does the trick, too).

f you were looking for something with a higher vanilla flavor then the Spanish flan recipe is for you.