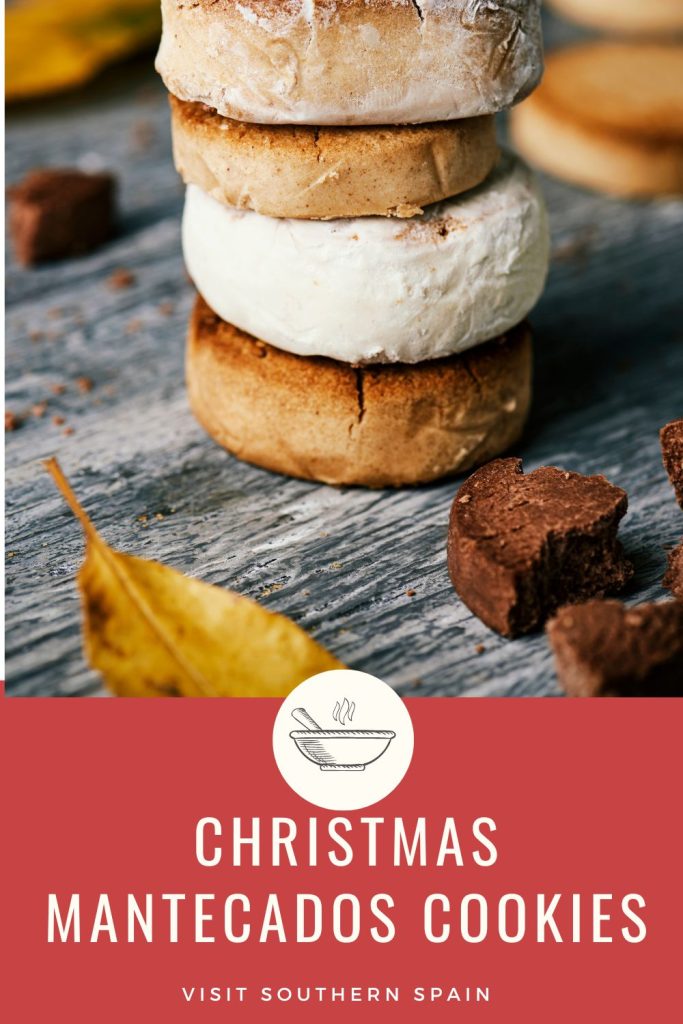 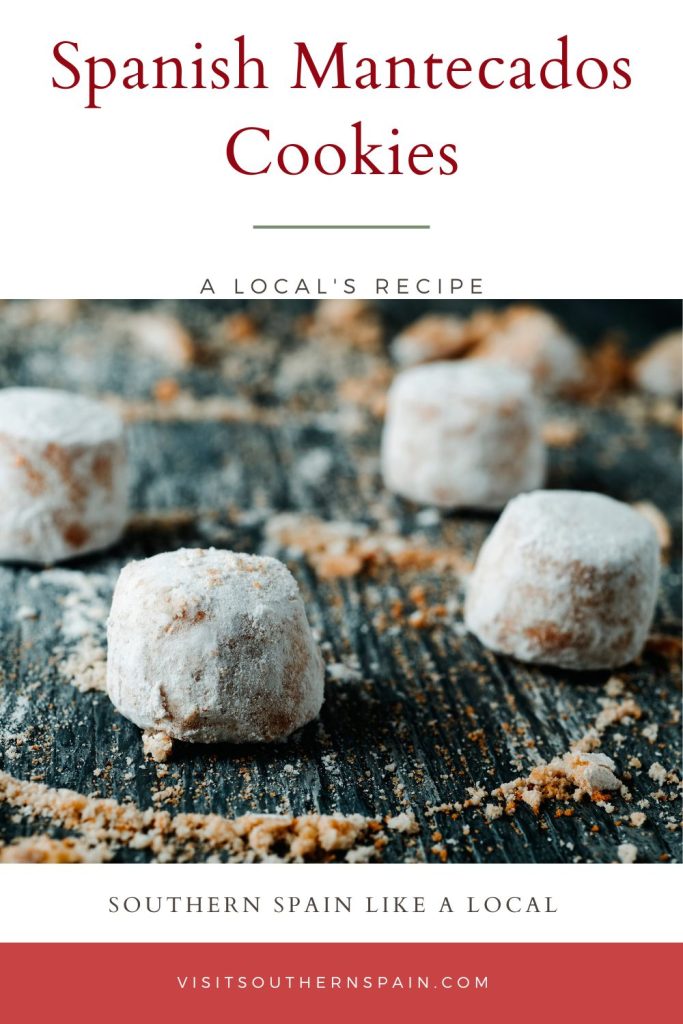 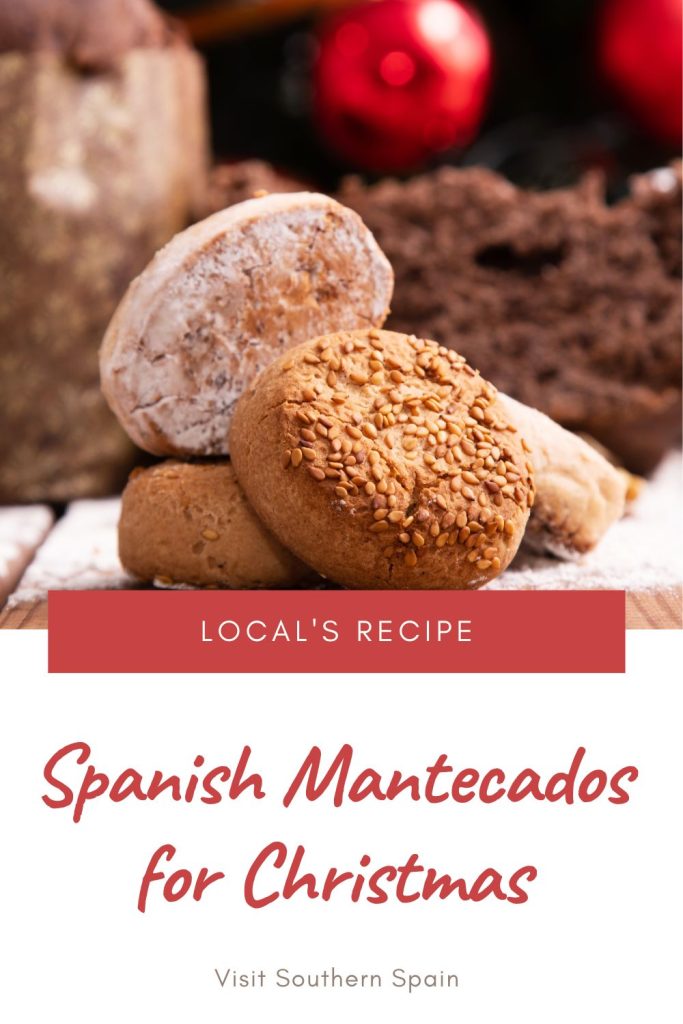 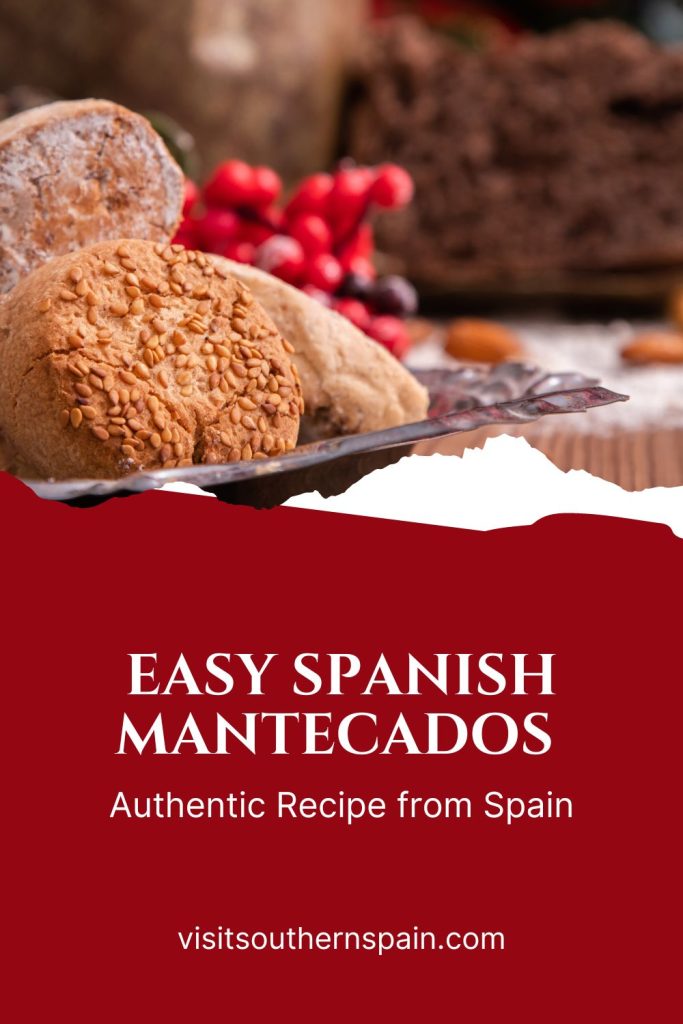 The world is full of popular cookie recipes. You could grab a map, point to any country, and that would have a specific recipe for cookies that are characteristic of the region.

The same goes for Andalusia, which is home to some of the most delicious treats from Spain. In this article we will focus on the Mantecados recipe, so you can make it yourself.

This article includes step-by-step directions, suggestions for ingredient substitution, and advice on how to store and serve them.

Today mantecados are a popular recipe and one of the best-selling cookies at Christmas time, but in reality, when his recipe was created it was because there was an excess of pork in Andalusia.

Just as you read it, during the 16th century there was an excess of pigs in southern Spain, to the point that in some places they were even considered pests.

That’s why people looked for different ways to eat them.

This is how mantecados arose, which use a good amount of lard, and other cheap ingredients such as sugar and flour.

The recipe began to spread, and it became one of the favorites of all Andalusians.

You will find them in every supermarket all over Spain, especially before the holidays.

To make the shortbread you only need 4 ingredients that are key and cannot be missing, but there are still changes you can make.

If you are looking to enlarge your cookbook of Andalusian recipes, we recommend that you try other Spanish Christmas pastries such as the fantastic Bunelos de viento.

How to Make Mantecados – Step-by-Step Guide

Mantecados are one of the Hispanic desserts that best represent the Spanish flavors, although they are not the typical Christmas flavors that you would expect in a classic Christmas cookie recipe.

Spanish cookie recipes generally don’t have a lot of cinnamon or nutmeg, but you can add that if you’re looking for that taste in your mantecado.

You can also coat them with cinnamon sugar instead of powdered sugar or regular sugar.

You can even make them with cocoa powder but you’ll need to reduce the flour quantity.

You can choose to do something similar with the Pestinos and coat the mantecados in syrup, although keep in mind that it would be a sweeter touch in this cookie.

This recipe is different from other Spanish cookie recipes since instead of regular butter you need lard to make them.

You can use 250g of common butter if you don’t have lard, but don’t forget that the lard is what gives it its characteristic flavor.

You can also use gluten-free flour, brown sugar, or use another type of alcohol, although remember that all these changes will make it not the typical Andalusian recipe.

The mantecados cookies have a special place within the Spanish Christmas desserts because they are easy to serve and eat at any time.

Of course, they are ideal to eat for breakfast or as an afternoon snack, but you can serve them for dessert.

You can make a completely Andalusian dessert plate and serve them together with Polvorones, Alfajores, marzipan cookies, and turron.

To have a Spanish hot chocolate would be ideal, but tea or coffee are also perfect options.

How to Store Mantecados

What makes shortbreads one of the most popular cookies is that you can store them at room temperature or freeze them.

The easiest thing is to leave them on the counter covered with a clean plastic bag or in a Tupperware container with a lid.

There the Spanish Christmas cookies can last up to 3 days, not longer as otherwise they will be hard as a rock.

You can also prepare the recipe for this Spanish cookie, cook them and everything, and then when they reach room temperature store them covered in the freezer.

There they can last up to 40 days, and then you just have to let them thaw in the fridge the night before.

This recipe is the perfect twist to change from the traditional Christmas cookies, but if you want to give it the classic flavor of these holidays you can add a teaspoon of ground cinnamon or half of the nutmeg.

Also, they're lard cookies, and that's what gives them the right flavor. But you can use 250g of regular butter if you don't dare to use lard or you can't find it in any store.