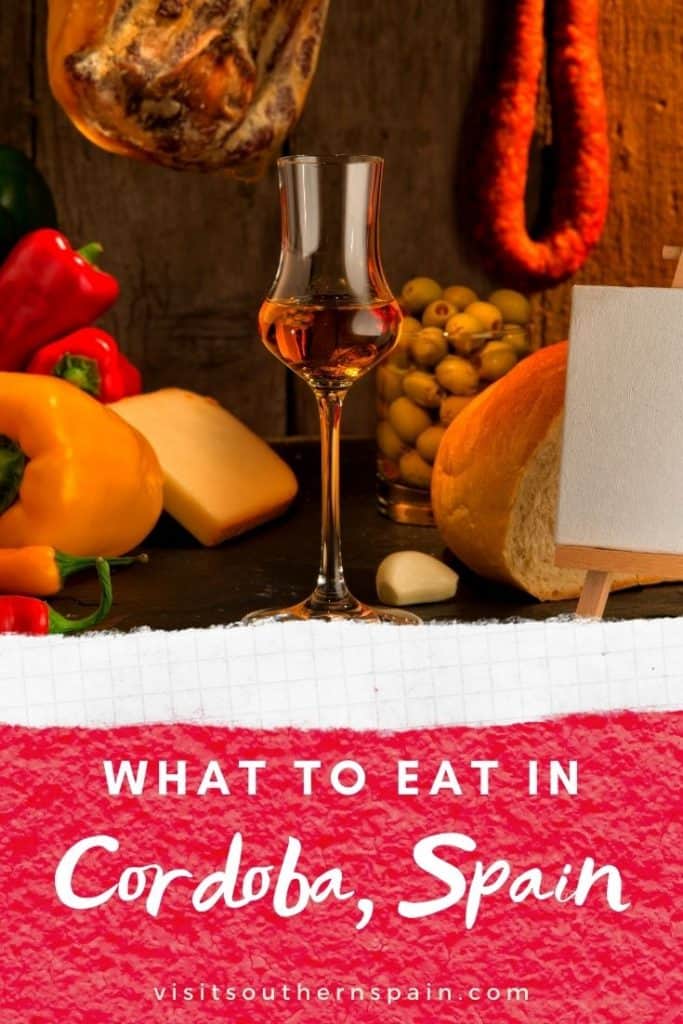 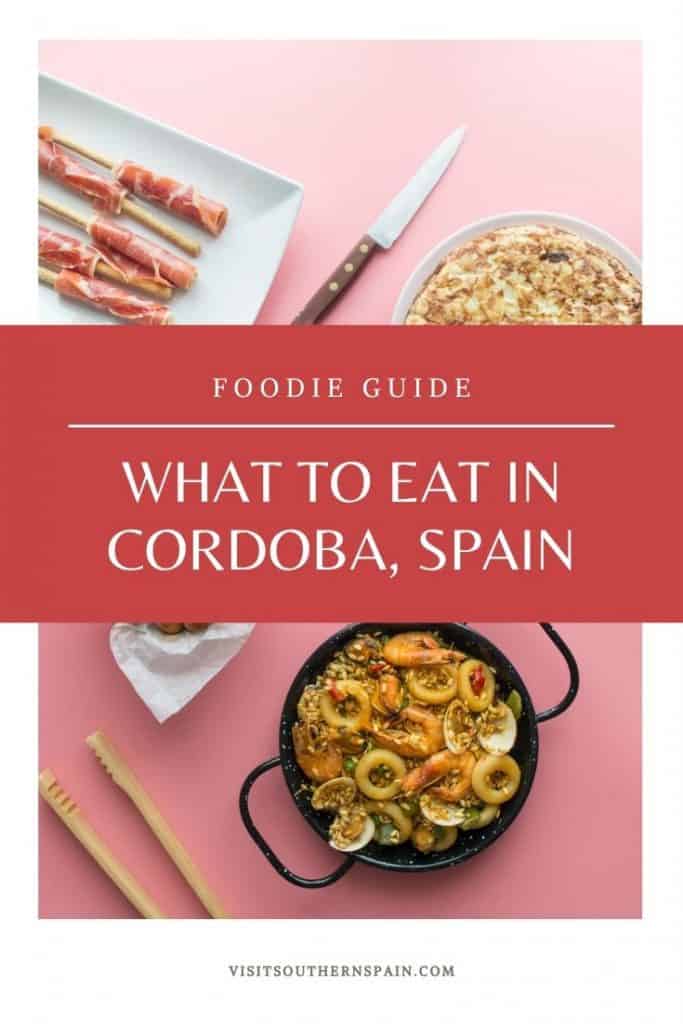 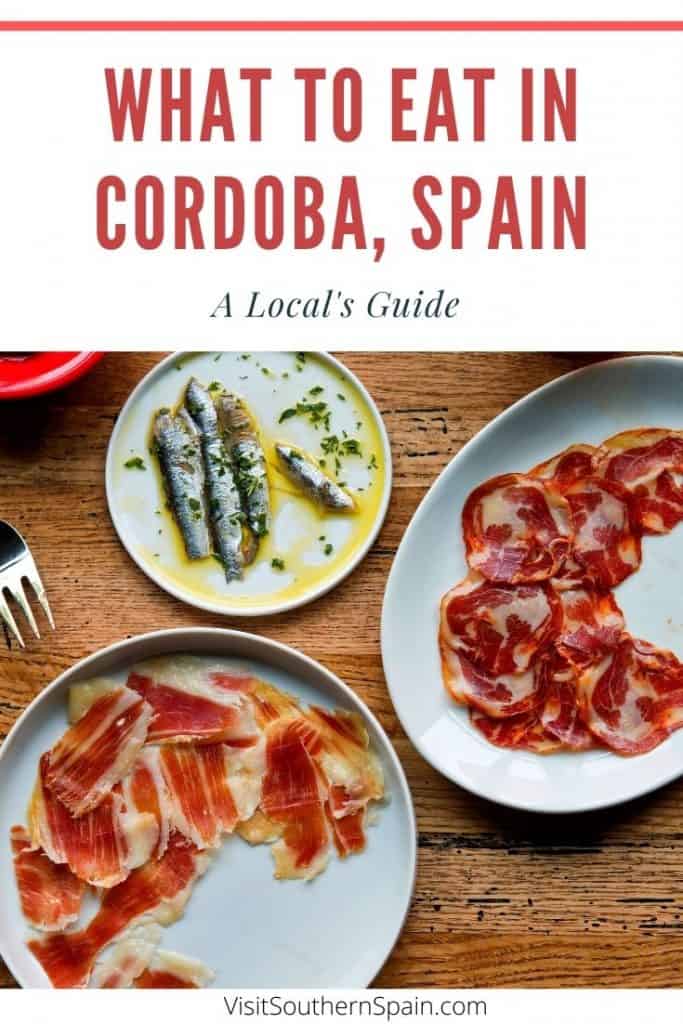 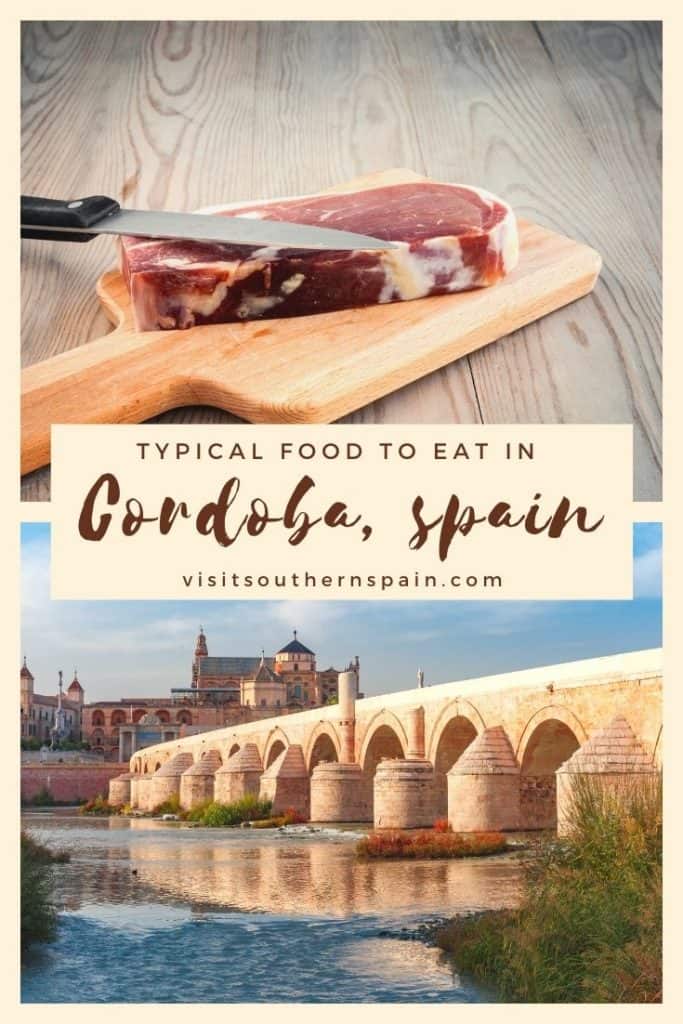 Today, Cordoba is a sleepy southern city without the crowds of Seville and Granada and is home to the Mezquita, one of the most magnificent religious structures ever built. Back in the 10th century, when Europe was stuck in the Dark Ages, Cordoba was one of the most splendid places in the entire world where Muslims, Jews, and Christians all lived in peaceful harmony.

While London and Paris were wallowing in the mire, Cordoba had public baths, countless libraries, paved roads, street lighting, and many squares with bubbling fountains.

While the Romans can be thanked for the running water, the Moors were responsible for introducing new crops to the Iberian Peninsula.

When they invaded Spain in AD, in 711 and made Cordoba their capital, the Moors brought citrus fruits like lemons and oranges. They also introduced rice, saffron, dates ginger, and pomegranate, all ingredients found in modern-day Andalusian cuisine.

To give you an insight into Cordoban food and how best you can learn all about it, we have put our local knowledge to the test by creating a food guide to help you understand our adopted city’s food.

Wh not take a food tour in Cordoba?

For me to truly understand a new place and the people who inhabit it, you need to immerse yourself in their culture, and there is no better way of doing that than to understand what they love to cook and eat. Whenever I visit a new city, one of the first things I do is sign up for a food tour.

Often language can be a barrier when ordering food in a new country. By going on a food tour, you will learn not only about what to eat in Cordoba but where to eat in Cordoba. Plus, having a local guide with you takes all the guesswork out of ordering.

Cordoba’s food tours allow you to sample local favorites without committing to what could be an expensive restaurant meal. If by chance, one of the places you visit turns out to be a big hit, you can always come back on your own another time.

As well as discovering the best places to eat in Cordoba, your guide can give you some inside knowledge of the best things to do in Cordoba during your stay, plus some local insight into something that you might not find in a guidebook.

When we say food tour, it might sound kind of generic, so let me explain the three different types of food tours you can do in Cordoba.

By going on an olive oil tour, you will understand the entire process from the harvest to extraction time. During the tour, you will visit an old 18th-century olive mill and sample various varieties of extra virgin olive oil.

Or a cooking workshop in Cordoba?

The main difference between a cooking class and a cooking workshop is that you do the cooking rather than just watch someone preparing a meal.

The best food in Cordoba you will ever eat comes from recipes that have been handed down over the years. By attending a Cordoba cooking workshop, you will learn how to make delicious local dishes and new techniques you can use every day.

Cooking class and market tour – One cooking class in Cordoba that is particularly popular involves a trip to the historic Mercado La Corredera. Here you will learn about the ingredients that are essential to Andalusian cuisine.

Once you have all the ingredients, it’s back to the cooking school to prepare lunch under a local chef’s guidance. Just think how fun it will be when you get home and make an authentic Spanish meal for friends and family. – Check prices here

25 Food You Must Try in Cordoba

While much of Andalucia’s food comes from the same roots, Cordoba and its location in the fertile Guadalquivir Valley offer a variety of dishes unique to the city.

One rule of thumb I always stick to when travelling is never to eat seafood unless I am close to the ocean.

Regarding Cordoba in Roman times, it was possible to navigate the Guadalquivir from the Bay of Cadiz. Still, today the nearest body of salt water is the Mediterranean Sea some 160 kilometres away, which is why fish is absent from much of Cordoba’s cuisine.

Below is a list of where to eat in Cordoba and some of the best restaurants in Cordoba, along with foods you should try while visiting this exciting city.

While not really a fan of cold soups on a hot day, this thick, cold, tomato-based soup similar to gazpacho goes down a treat.

Top with a hardboiled egg and Serrano ham for a delicious combination. La Bicicleta is also the place to go for the best breakfast Cordoba and also the best coffee in Cordoba.

If you love tomato soups, have a look at our creamy Spanish tomato soup recipe.

Flamenquín is made using slices of Serrano ham wrapped in pork loin pieces, coated with egg, breadcrumbs, and then deep-fried.

Often accompanied by french fries and mayonnaise, the dish, meaning “little Flemish,” gets its name from the Flemish assistants’ blond hair who came to Spain attending Emperor Charles V during the 16th century.

With its roots dating back to the glory days of bullfighting, Rabo de Toro is a bull’s tail (oxtail) that is simmered to perfection in a rich red wine sauce.

The result is incredibly tender meat with flavors that will have you asking for more.

Similar to doughnuts, churros are a popular Spanish breakfast or Sunday treat during the cold winter months.

Deep-fried and sprinkled with confectioners sugar churros are often eaten after having dipped them in thick hot chocolate. Churros Bar Marta has the best churros in Cordoba.

Made in a circular shape from puff pastry Pastel de Cordobés (Cordoba cake) is filled with sugared angel hair made from fruit and Serrano ham basted in egg and baked.

The result is a sweet, salty pastry unique to Cordoba.

Typical of the region, all bars in Cordoba will serve Montilla-Moriles wine. Like sherry and produced using the same technique except with Pedro Ximenez grapes, Montilla-Moriles is a sweet dessert wine with a note of almonds.

Pincho Moruno‘s are skewered pork pieces seasoned with a blend of cumin, coriander, turmeric, and cayenne pepper. Unusually spicy compared to other Spanish dishes, Pincho Moruno‘s will immediately transport you to North Africa.

A springtime ritual for locals as they gather at specially set up temporary stalls for a beer and a dish of snails with friends. While not high on most people’s things to try, give them a go, you might be pleasantly surprised.

Usually served as an accompaniment to various dishes or snacks, Regañás are small, hard, and very thin bread slices, typical of Andalusia.

There is not one specific place to try Regañás as all restaurants and tapas bars serve them. For the true connoisseurs, here’s a list of the best Andalusian foods in Spain.

Considered as the antecedent of Salmorejo, Mazamorra de Almendras is a cold soup that dates back to the Roman treaty of Apicio.

Made from a mash of bread, oil, vinegar, water, and garlic tomato was later added when it was brought back from the New World.

Simply put Cogollos al Ajillo is simply romaine lettuce hearts cut in half or quartered fried in olive oil cut side down with garlic. Once the lettuce has browned a little turnover and drizzle with a bit of white wine vinegar and a good pinch of salt, serve on a plate topped with the pan’s garlic and juices.

Usually containing ham, mushrooms, chicken or cod, croquetas are a popular tapa that you can find in most places to eat Cordoba.

Croquetas are made by mixing one of the above ingredients with mash potatoes or bechamel sauce and then rolled in breadcrumbs and deep-fried.

Japuta en adobo is a pomfret fish that is cleaned cut up and then marinated in paprika, oregano, salt, garlic, and vinegar for 24 hours.

Once this is complete, the fish is drained, patted dry, floured and then fried in olive oil.

Tocino de Cielo is a dessert made from caramelized egg yolk and sugar. The tradition of baking this flan-like dessert dates back 500 years to the city of Jerez de la Frontera.

Alfajor is the Andalusian variant of the Castilian alajú derived from the Arabic word al- fakher, meaning luxurious.

Known to the English speaking world as black pudding or blood sausage, Morcilla is a popular tapa in Cordoba and throughout Spain.

Churrasco is the Portuguese and Spanish name for grilling meat over a fire. Often going by the name Churrascaria in South America, we would refer to it as a steakhouse.

Jamon Iberico is Spain’s culinary gift to the world and can be found in all the best places to eat in Cordoba. Made from Black Iberian pigs who only eat wild acorns, Jamon Iberico is regarded as a gourmet delight.

After being slaughtered, the pigs are salted and left to begin drying for up to six weeks. The curing process then takes between one and two years, depending on the producer.

Another popular dish during the hot summer months Ajoblanco is a cold soup made from bread, crushed almonds, garlic, water, olive oil, salt and sometimes vinegar.

The hot version of this dish is the healing Spanish garlic soup. Check out our recipe here.

Typical of Cordoba gastronomy Alcachofas a la Montillana is generally served as a starter. As the name suggests, the dish is artichokes cooked in the local Montillana wine.

Pijotas are fried young hakes or whiting that can be dredged in flour and fried or stuffed and cooked in the oven, famous throughout Andalucia.

Having originated in Valencia, Paella is now regarded as the national dish of Spain.

Unlike the seafood versions you see around the coast, Paella was initially made using rabbit, beans, and artichokes.

While the most common beer in Andalucia is Cruzcampo, Granada has Alhambra and Cordoba Califa. Only available in Cordoba Califa is produced in a microbrewery that also serves as a bar.

Several varieties of beer are available, including Pilsner, Amber, IPA, and Stout.

Specialities include almond beets or pancakes, meringues, and egg doughnuts. Buying the pastries is unique as the nuns are cloistered, so you never see them.

All items for sale are on display, and you place your order through a tiny window.

What is some local food to try in Cordoba, Spain?

What is typical vegetarian food to eat in Cordoba, Spain?

We recommend trying the delicious Salmorejo or the tasty Churros for those with a sweet tooth.

What are the best tapas in Cordoba, Spain?

Regañás and Morcilla are definitely between the two most popular and most delicious tapas to try in Cordoba.