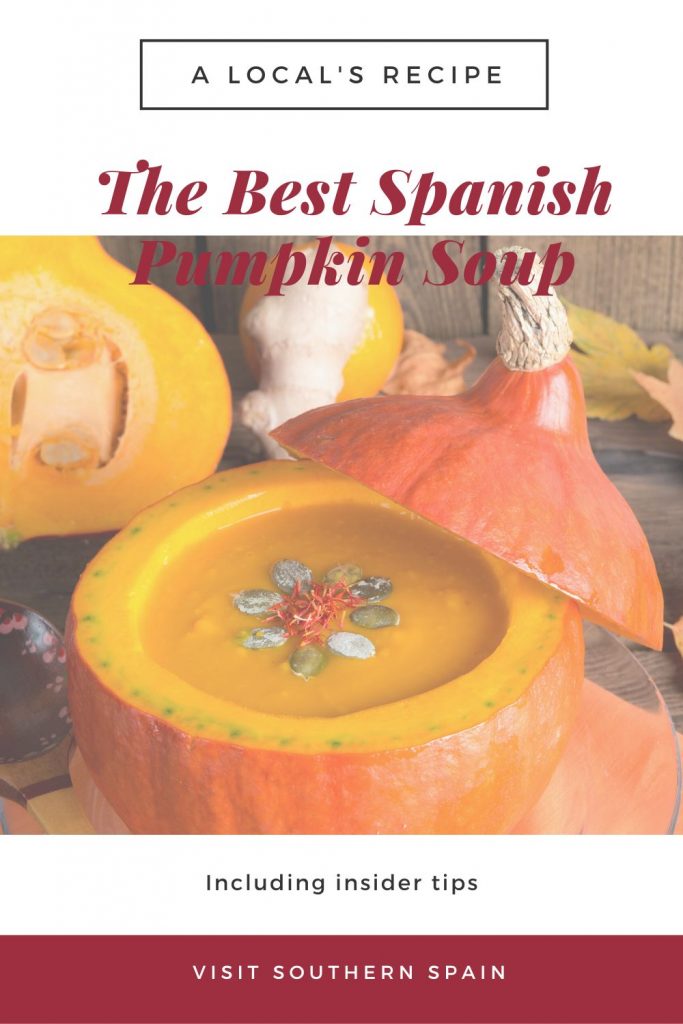 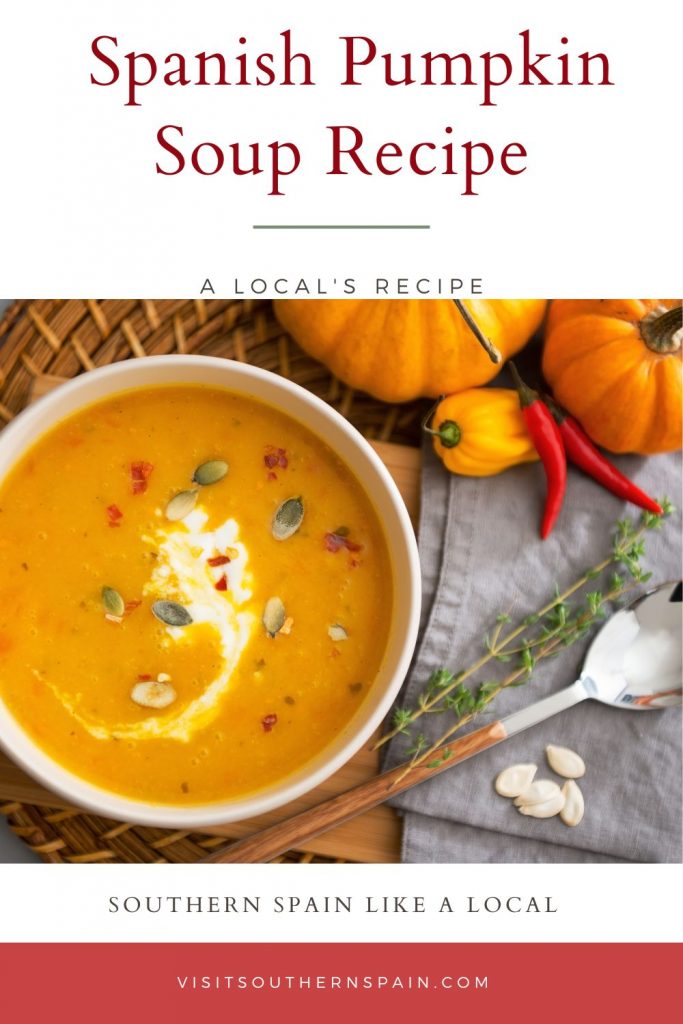 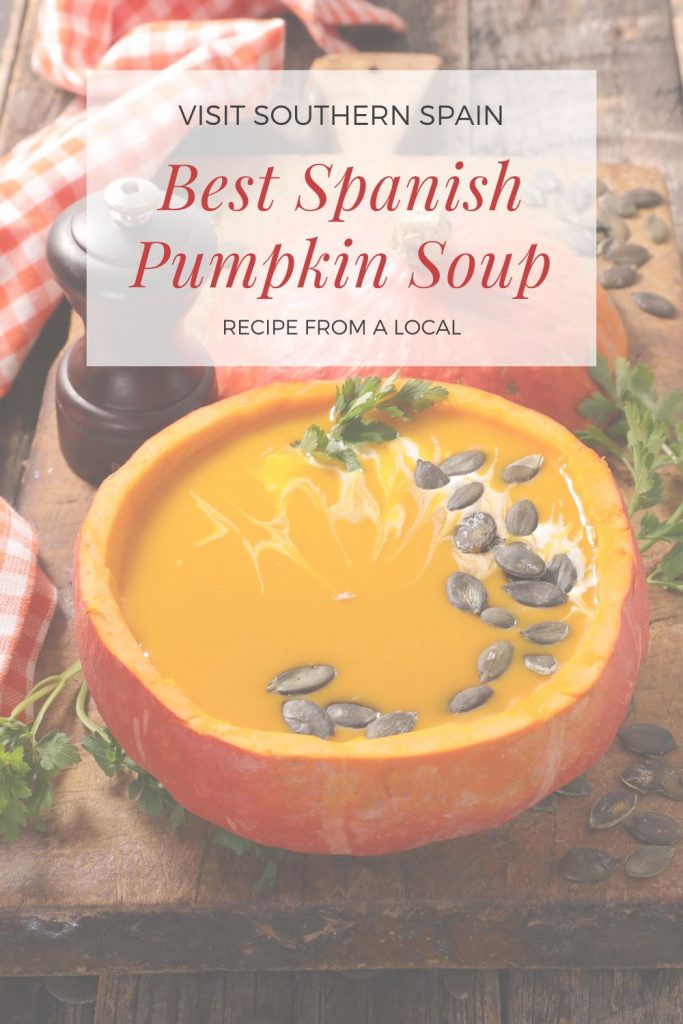 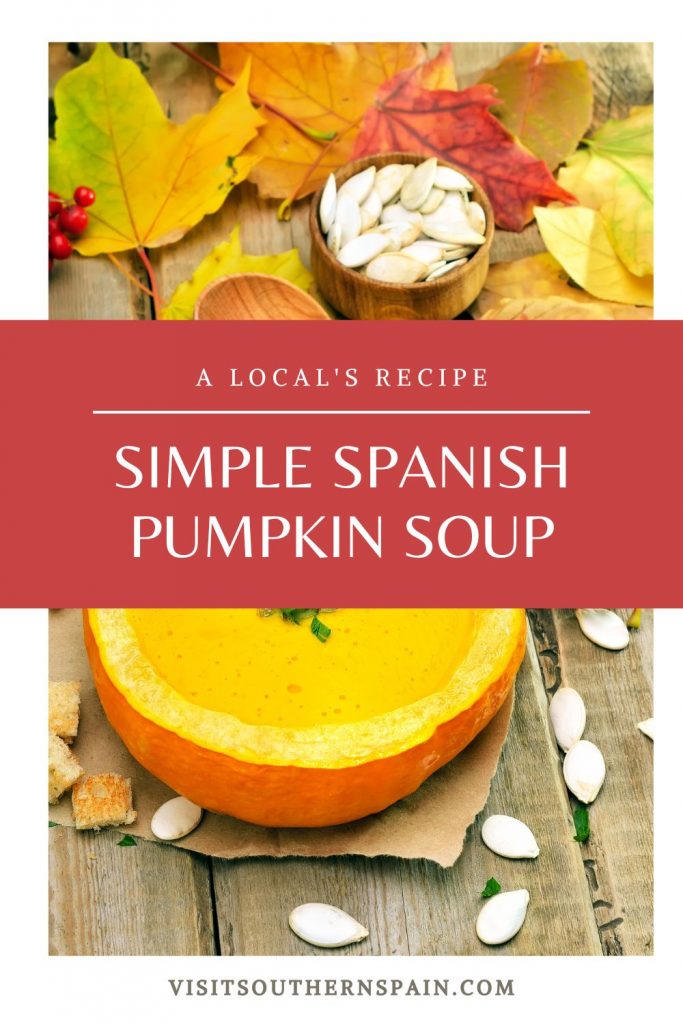 This time of year it seems like pumpkins are popping up everywhere. You find them in the supermarket, in small stores, it is practically difficult to walk a few blocks without bumping into someone who sells them.

While it is true that they are delicious and that in these months they are at their best, the truth is that there are times when we run out of creativity and we no longer know what to do with them.

That is why we bring you this article with the recipe to make the famous Spanish Pumpkin Soup.

From its history to the step-by-step explanation and different hacks to completely customize it, here we will tell you everything you need to know.

This Spanish pumpkin soup became extremely popular in the country during the Spanish Civil War.

Its popularity was because it was simple to make, its ingredients were inexpensive, and it was a great source of vitamins and nutrients that people desperately needed.

Besides being an easy pumpkin soup, it was also delicious, so people took it as a win-win.

Of course, this type of soup has been eaten for centuries, but from then on it became a staple for Andalusian families.

Nowadays this Spanish Pumpkin Soup always has a boom in the autumn season, when you can go to any restaurant in the south of Spain and you will see that they are selling it.

We encourage you to try making it at home with our guide in this article.

The great advantage of this recipe as well as other Spanish soup recipes is that to make it you only have the main ingredients, a pot, and a blender to give it a creamy texture.

Even so, there are several changes you can make, but we’ll talk about them later

How to Make Spanish Pumpkin Soup – Step by Step Guide

There are different changes that you can make to this Sopa de calabaza and you will still have a delicious soup as a result.

Of course, the one ingredient that you must have is the pumpkin, otherwise, it would be a completely different type of soup.

First of all, this is a creamy pumpkin soup, but you can search for vegan alternatives to reach that texture.

Vegan coconut milk is a great option or any other vegan milk of your choice. To help it reach the same thick texture you can either add 2 tablespoons of vegan cream cheese or 3 tablespoons of flour.

To make this pumpkin soup recipe you can replace the vegetable broth with another type of broth. You could also just use the same amount of water instead, especially if you can’t eat a lot of salt/sodium.

You could switch the cooking style and make it a roasted pumpkin soup recipe. Just roast the pumpkin in the oven for 30 minutes or until it reaches a tender texture, then boil it for 10 minutes with the broth.

Autumn is the perfect season for comforting soups and this Spanish pumpkin soup and the pumpkin chorizo soup are exactly what you need.

If you make this easy pumpkin soup recipe, there are different options you have to serve it. The most popular is cutting some fresh herbs and putting them on top.

We also recommend that you chop and toast some nuts. If you put this when serving the soup, it will have a perfect crunchy texture to counteract the creaminess of the soup.

You can also follow the way of serving other Spanish soups, which are served with croutons of toasted bread with olive oil, a little grated Parmesan cheese on top, and of course, some pumpkin seeds.

And if you want to serve it just like in a restaurant, you can serve it directly in a pumpkin.

To do that cut the top of the pumpkin to make a lid and scoop out all the seeds and stringy parts, making sure you don’t break through the shell.

Interested in trying other Spanish soups? Give in to the best chestnut soup with chorizo, the savory Albondigas soup, the Spanish Lentil Soup with Ham, and of course, the meaty Spanish chorizo soup.

How to Store Spanish Pumpkin Soup

This Hispanic soup stands out from other pumpkin soup recipes because you have the chance of storing it in the freezer or in the fridge.

Thanks to the amount of heavy cream it has, it can be frozen without any problem in the freezer for up to 30 days.

Remember that to defrost it you must leave it in the refrigerator the night before eating it.

You can also keep it in your fridge for up to 5 days. You should always store it when it arrives at room temperature and in a closed container or covered with plastic wrap.

Remember that you can turn this into a spicy pumpkin soup, you just have to add bell peppers and cook them with onions and garlic.

You can also add chili flakes or more pepper if you like.

You could also make it into a roasted pumpkin soup. Instead of boiling the pumpkin and onion to cook them, roast them in the oven until they reach a tender texture.

Then boil them with the broth but just for a couple of minutes before blending everything in the food processor.