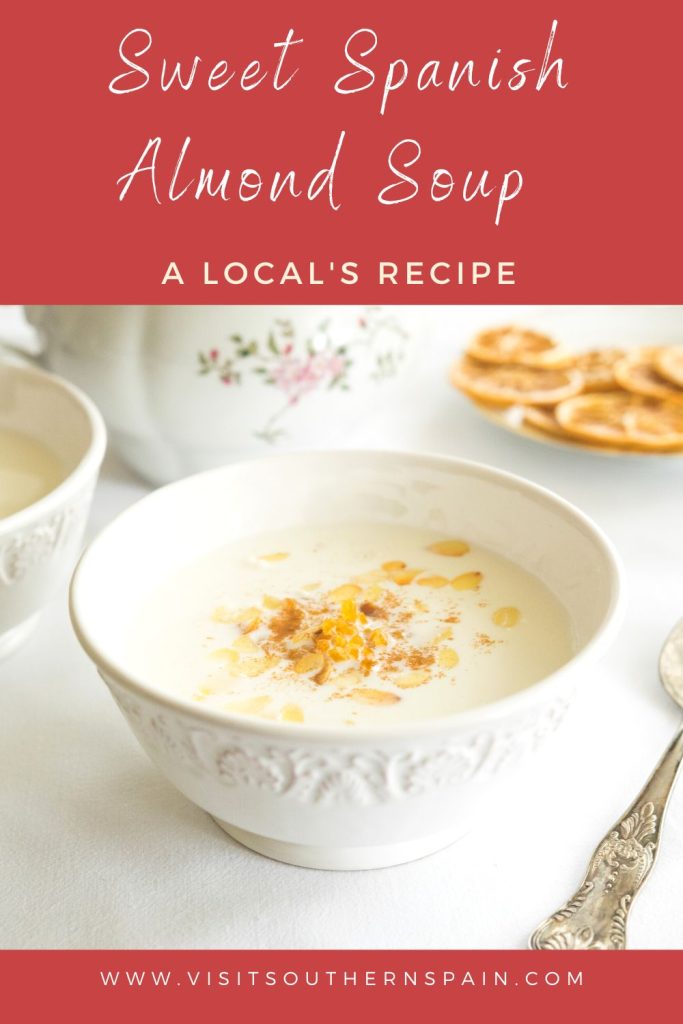 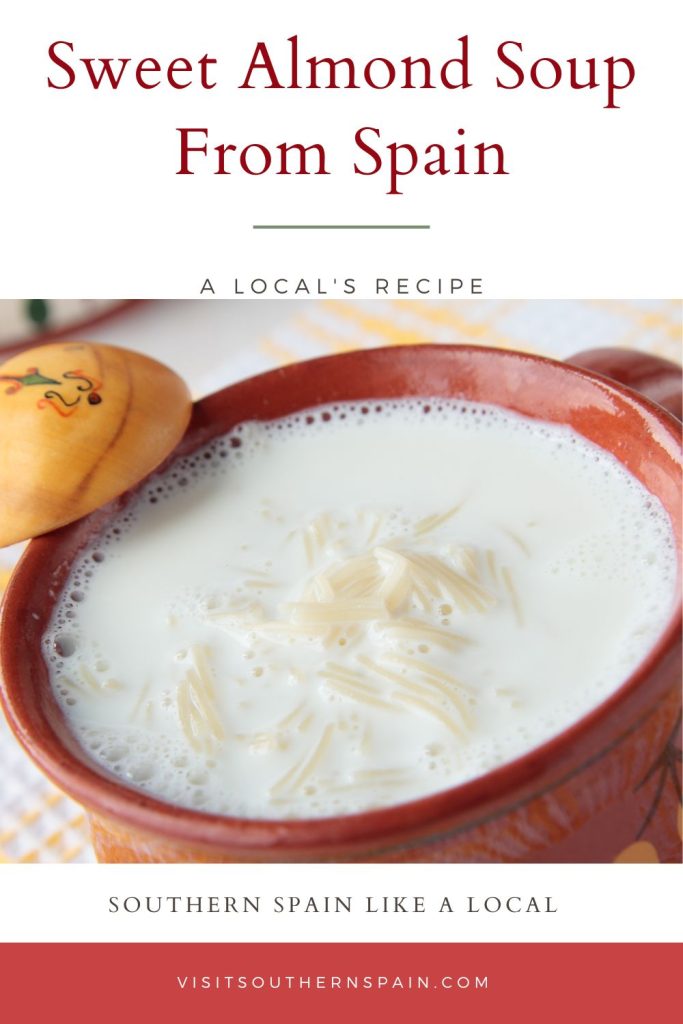 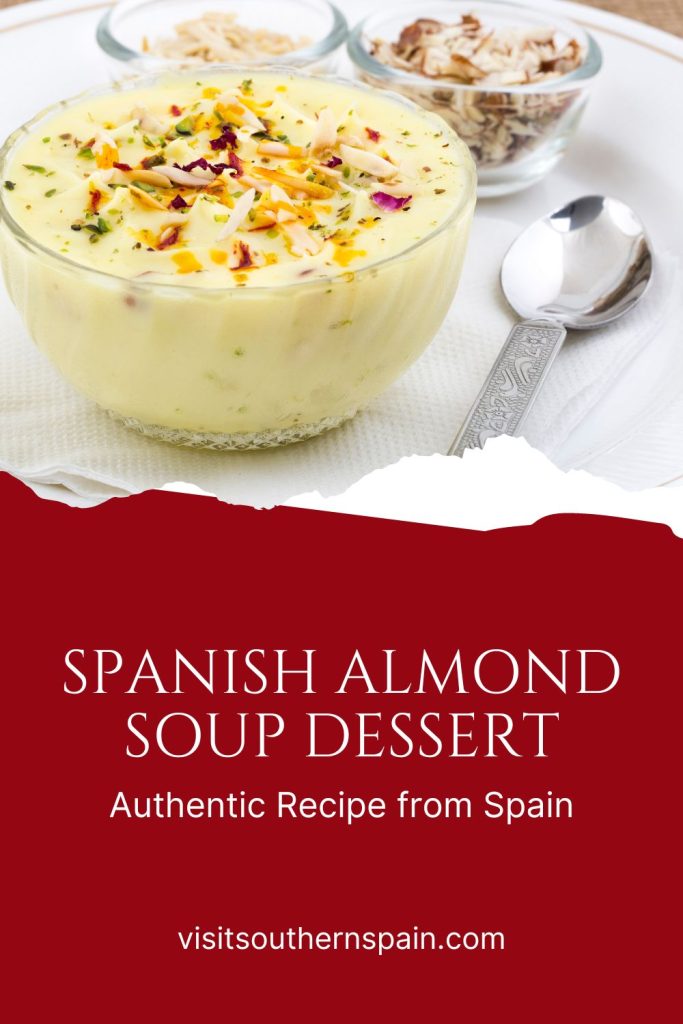 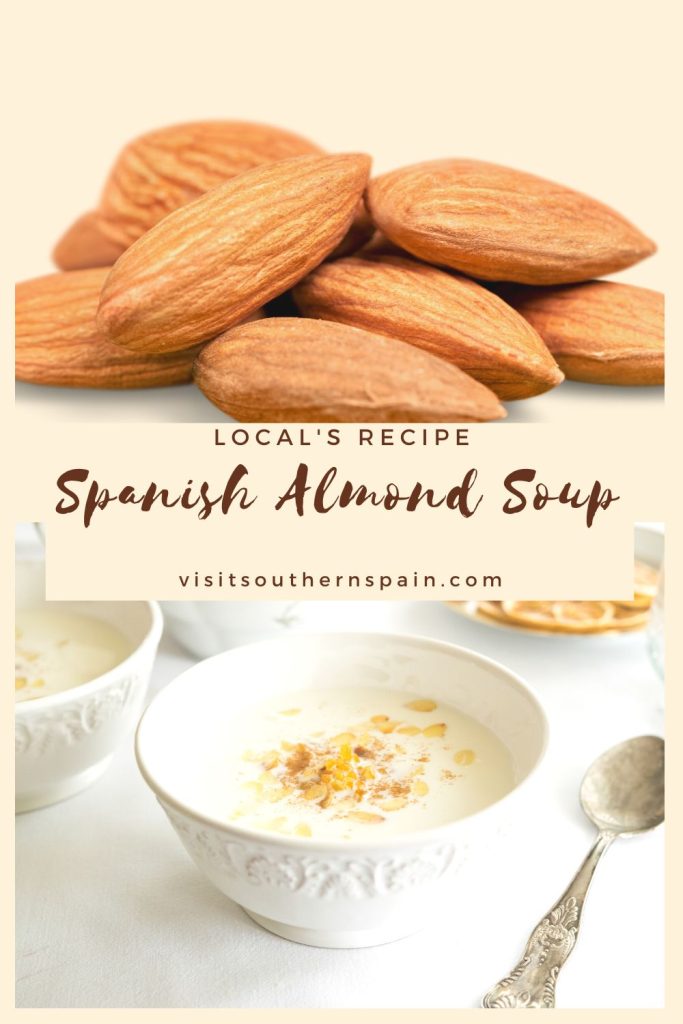 We have a large number of Spanish soup recipes on our blog, and they all have some special features, but none takes it to the extreme like this one.

In this article, you will learn how to make the recipe, learn more about its history and what makes it different from other Spanish soups, along with other tips to customize it.

The recipe for Spanish almond soup is believed to have been created by nuns from a Catholic church to repurpose the leftover marzipan, and the rest is history.

Even with those few ingredients, you can make changes, so there are no excuses.

How to Make Spanish Almond Soup  – Step by Step Guide

You can play a lot with some of the ingredients in this Spanish soup.

First of all, you can change the flavorings. Instead of cinnamon and lemon peel, you can use vanilla extract. Anyway, cinnamon is a must in this recipe.

Like other soup recipes with milk, you can use plant-based milk without any problem. In fact, almond milk can be a fantastic replacement to give Spanish almond soup a nutty boom.

If you can’t get it in the store, you can make Almond paste following the marzipan recipe.

You can also use any nut spread (such as Nutella), or even another type of spread (dulce de leche, jams, etc.).

Approximately 5 tablespoons are indicated for the replacement of the ingredients to be successful.

This almond milk soup is the perfect dessert for the Christmas season. However, you can also eat it for breakfast or an afternoon snack.

This sweet soup is meant to be served hot, but in some parts of the world, it is eaten cold.

When this recipe arrived in Latin America, people loved it but it was too hot there to eat it hot, so they started serving it cold.

You can do the same, you just have to leave it in the fridge for a couple of hours.

To elevate this almond soup to the maximum you can give it more texture by adding whole (or chopped) almonds or any other type of nut on top when you serve it.

You can even add some of your favorite dried fruits. They’ll give your Spanish almond soup a rich texture and an incredible flavor.

You can take inspiration from other creamy Spanish desserts like the Spanish crema catalana, Spanish fried milk, or Spanish vanilla custard.

How to Store Spanish Almond Soup

The best thing about sweet soups is that they last longer than regular soups, although there are not as many ways to store them.

For example, if you want to keep this Spanish almond soup in the fridge, it can last up to 7 days. Then you just have to heat it up or serve it cold.

We do not recommend freezing this soup, as milk cooked like this tends to crystallize, so it will not have a good texture.

If you are looking for desserts or breakfasts that can be frozen, then try making Spanish chocolate chip cookies.

You could follow an almond paste recipe and make it homemade, but a storebought one is great too.

Technically, you only need one pot of equipment to make this white soup recipe, although some people prefer to run it through a blender so that the bread dissolves and becomes thicker.

You can if you want, although it is better to have the pieces of bread as another texture in your soup.