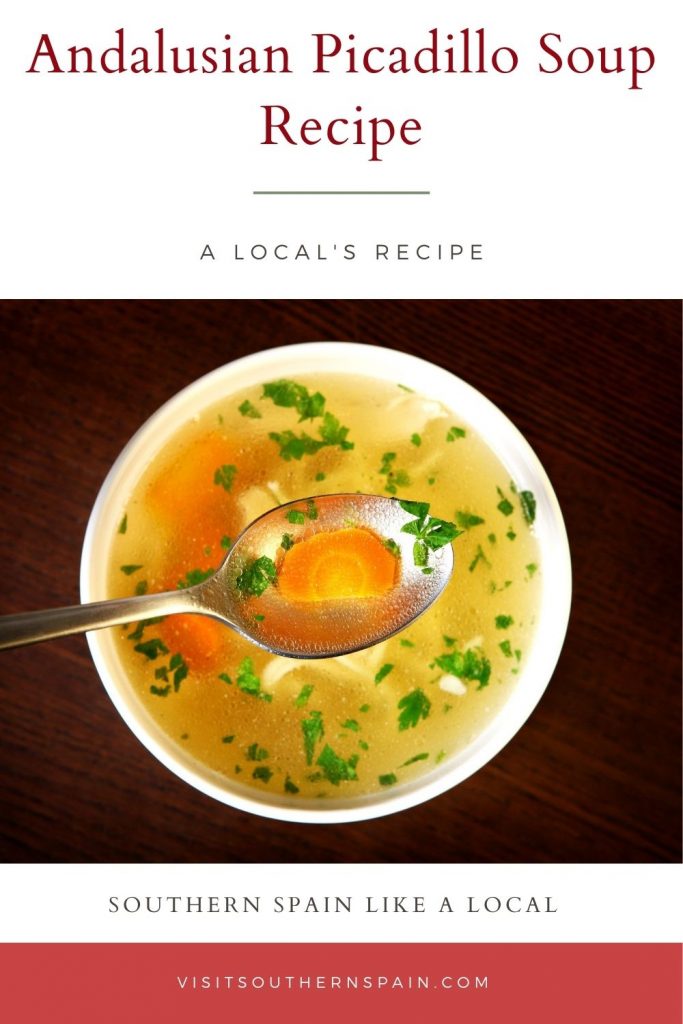 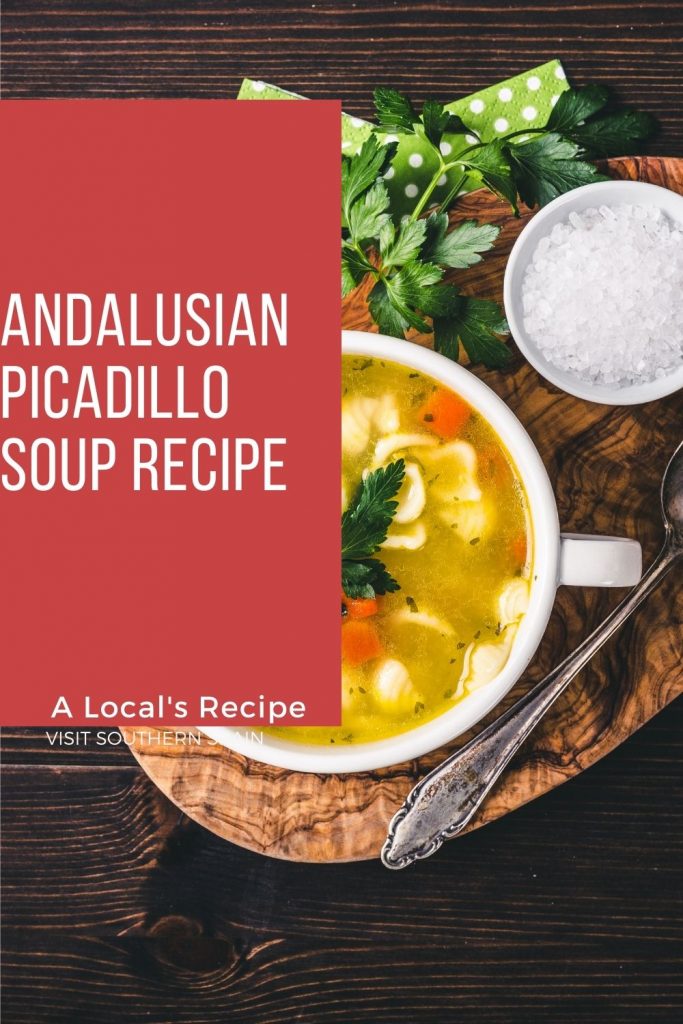 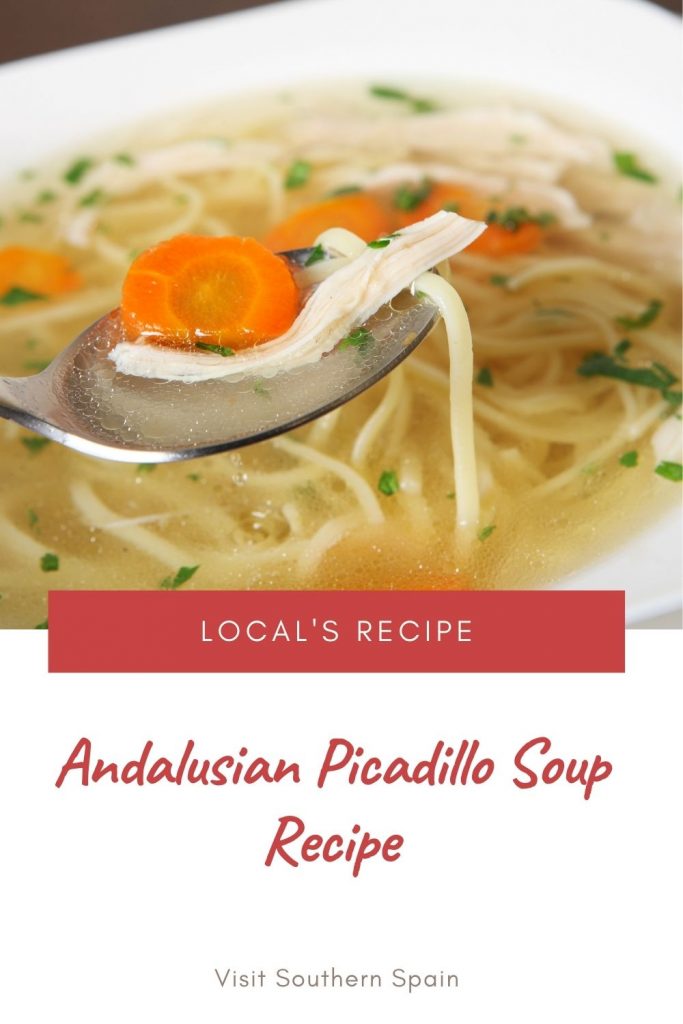 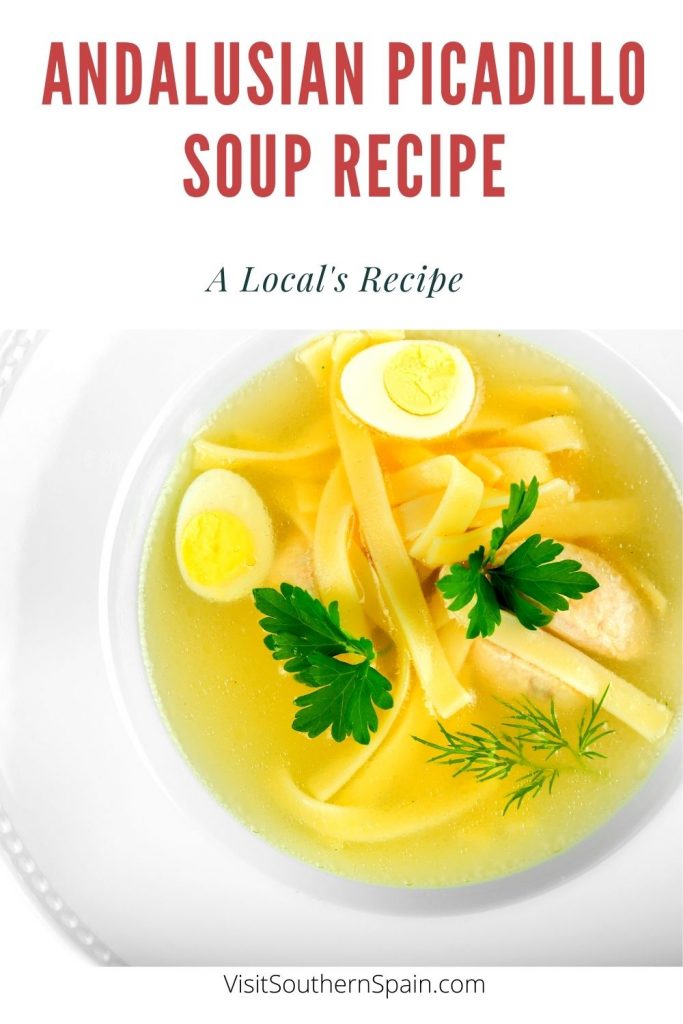 Winter in Andalusia can be very harsh, so it should come as no surprise that some of the best soup recipes come from this part of the world.

With classic flavors of Spanish cuisine, this picadillo recipe managed to establish itself as one of the favorites by all people.

Each Andalusian household has a special recipe for this Spanish soup in their family cookbook because the Picadillo soup is the one that best represents this region.

For this reason, here I will show everything about this recipe, from how to make this Spanish picadillo recipe step by step, to the tricks to serve it and store it in case you have any leftovers.

The Sopa de picadillo gets its name thanks to its ingredients.

Although there is no exact translation of the word picadillo into English, it can be understood as “a little bit of everything, and chopped”.

That is what happens with the ingredients since they are a couple and all cut.

Even though there is no exact date of its invention, it is known that it is an Andalusian soup, more precisely in the provinces of Seville and Almería.

Today, it is extremely popular in those provinces but has also spread to other parts of Spain.

The Spanish picadillo serves as the perfect way to represent Spain in all parts of the world, thanks to its simplicity and the great taste of its flavors.

To make this recipe for picadillo you will only need a couple of ingredients, and only a saucepan and a pot as the equipment.

The main ingredients for this Christmas soup are water, noodles, chicken, serrano ham, and egg.

However, as I’ll show you later, there are many replacements that you can make, so don’t freak out if you can’t find some of them.

How to Make Picadillo Soup – Step by Step Guide

The best part of making picadillo soup, or really any type of soup, is that you can make hundreds of replacements in the ingredients and still have a fantastic soup.

For example, you can replace the soup noodles with any type of noodles, or even with white rice if you prefer.

You can also substitute the Spanish Serrano ham with any type of ham, although I will not lie to you this will take away the essence of the picadillo a bit.

If you liked this recipe, then there are other recipes from the Andalusian cuisine that will completely blow your mind, such as the Roast Suckling Pig, the Spanish Christmas turkey, the Gambas al pil pil, and the famous grilled Spanish mackerel.

Since this is one of the most popular Christmas soup ideas, you can be inspired by this wonderful holiday when it comes to the serving part.

For example, you can cut peppermint into small pieces and sprinkle it on top of your Picadillo soup. This will give it a fresh, Christmas flavor.

If you are making this picadillo recipe, but it is not for Christmas, there are also other tips to serve.

My favorite is to grate Parmesan cheese and spread it throughout the soup, as this flavor goes very well with ham and with any type of soup in general.

Anyway, these are some simple tips on how to serve your Spanish chicken noodle soup, you can serve it hot without adding anything and it will also be a delicious dish.

You can now try our cozy Andalucian gazpachuelo, which is just as perfect for cold days.

How to Store Picadillo Soup

Unlike other picadillo recipes, if you follow this Spanish chicken soup recipe, you can freeze the soup or even keep it for a few days in the fridge.

To freeze this Picadillo soup what you have to do is let the soup come to room temperature and freeze it.

You can put it in the freezer in a large bowl or in small containers, as long as they are covered with a lid or plastic wrap.

If you want to keep it in the fridge, it will last up to 5 days there. In the freezer, it will last 30 days without any negative effect on its taste.

If you can, the best thing you can do is to use free-range chicken, since it has a better flavor and it also means that the chicken had a better life.

If that is not possible then use the regular one.

To make this Spanish chicken soup, you can also replace the noodles with the same amount of white rice or any type of pasta that you like.