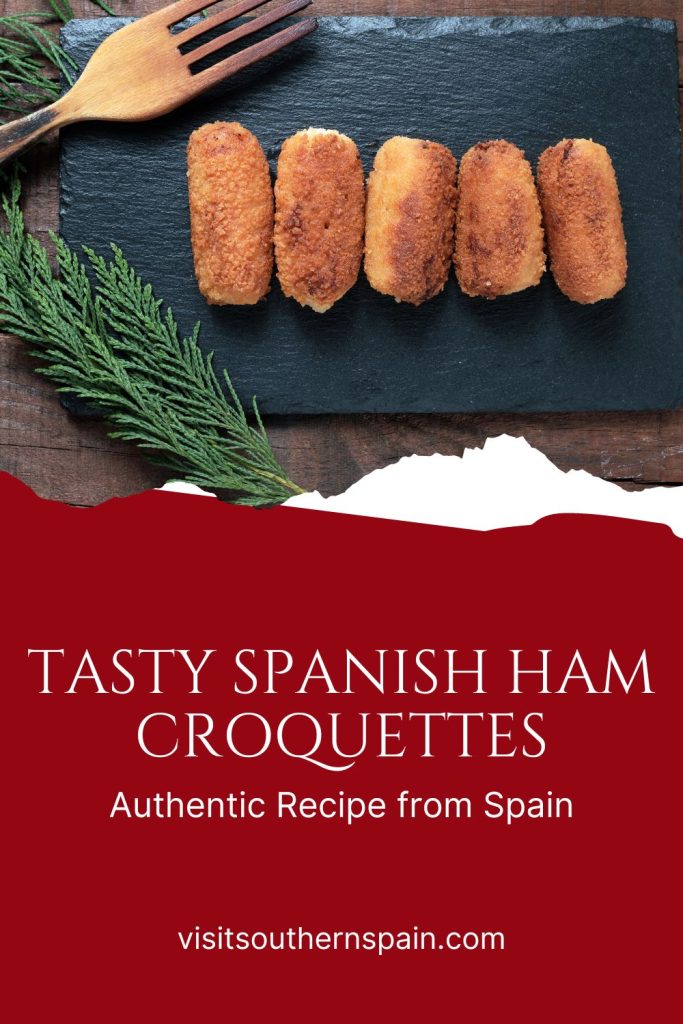 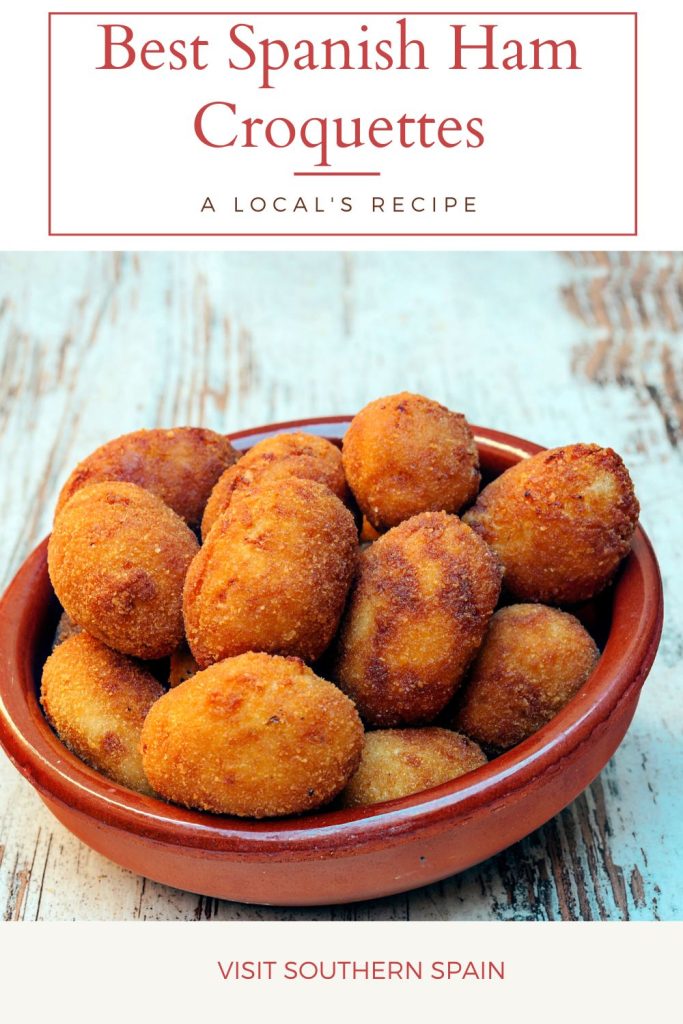 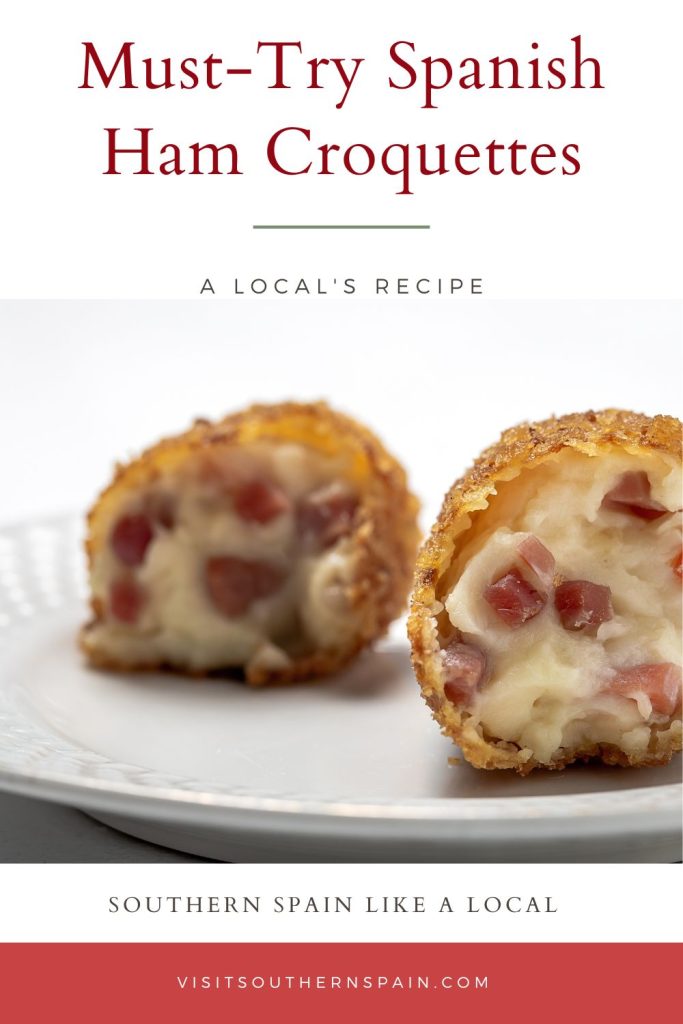 Sometimes we need to cook something to get us out of trouble. We don’t always want to spend hours in the kitchen, there are times when we want to prepare something tasty but fast.

If you are looking for that, then Spanish ham croquettes will be perfect for you.

With only a couple of ingredients and less than an hour, you will have a delicious dish that can be a side dish, appetizer, or even a main dish.

Keep reading this article to get to know why it is one of the most popular serrano ham recipes by learning more about its history, how to make the croquette recipe step by step, and all the changes you can make.

The technique of coating food with breadcrumbs and eggs was already done in ancient Rome, but over time it spread to all of Europe.

When it arrived in Spain, in Andalusia they gave it their own touch and that is how the croquettes were created.

This is not surprising since Andalucia is the land of appetizers (which are known here more than anything else as Tapas).

There are honestly hundreds of recipes, from the Spanish bacalao croquettes to meaty albondigas or the easy Pan con Tomate.

Despite all that competition, the Spanish ham croquettes manage to stand out.

They are made with Serrano ham, which gives them the characteristic flavor that is only found in the south of Spain.

For this croquetas recipe, you just need some milk, flour, eggs, breadcrumbs, and the star: serrano ham.

A large pot would be helpful for the frying process, (though as you’ll see later you could switch the cooking method).

How to Make Spanish Ham Croquettes – Step by Step Guide

The croquettes recipe is simple and only requires basic ingredients. However, making changes to the ingredients can be tricky and one wrong step can ruin the entire recipe.

Other Spanish croquettes can help you think about ingredient changes, especially if you don’t like or can’t get the serrano ham.

In both cases, the step-by-step is the same, you just have to include the filling, preferably cooked in the dough.

If you make these croquetas de Jamon, you can serve them at any time of the day.

They are one of the most popular tapas ideas because they are easy to serve, you grab them with your hand and eat them in one bite.

You can also transform these Spanish appetizers into a main dish if you serve a good amount of them along with a side dish like salad or fries.

The good thing about them being Serrano ham is that the croquette has a lot of flavors.

If you want to give it an extra touch, you can serve it with dipping sauces (sour cream, ketchup, bbq sauce, honey mustard, aioli, etc.)

Did you enjoy these Spanish tapas? Then we encourage you to try the Spanish dates wrapped in bacon or the Spanish mushrooms with garlic.

How to Store Spanish Ham Croquettes

This recipe stands out from other Spanish appetizer recipes because you can also freeze them in the fridge.

In both cases, it must come to room temperature, and then you must put them in a Tupperware or on a plate covered with plastic wrap.

They must be covered as otherwise the Spanish ham can absorb the taste of other foods in the fridge and the croquettes will practically spoil.

Once frozen, Spanish Ham Croquettes can last up to 30 days. In the fridge, they last up to 3 days, and you should always warm them up before eating them (in the microwave or in the oven).

This ham croquettes recipe is fantastic for its simplicity and for how fast it is. They can be done so quickly thanks to the fact that the croquettes are fried.

If you don't want to fry them, you can cook them in an air fryer or oven, but keep in mind that it will take at least 40 minutes and the Jamon croquetas won't be as crispy.