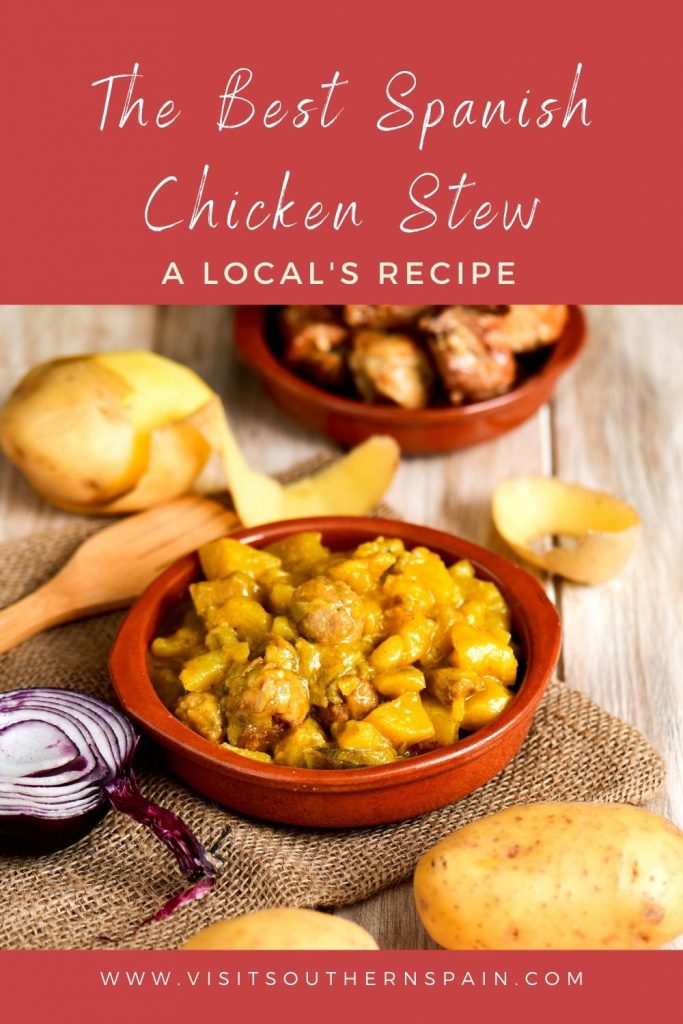 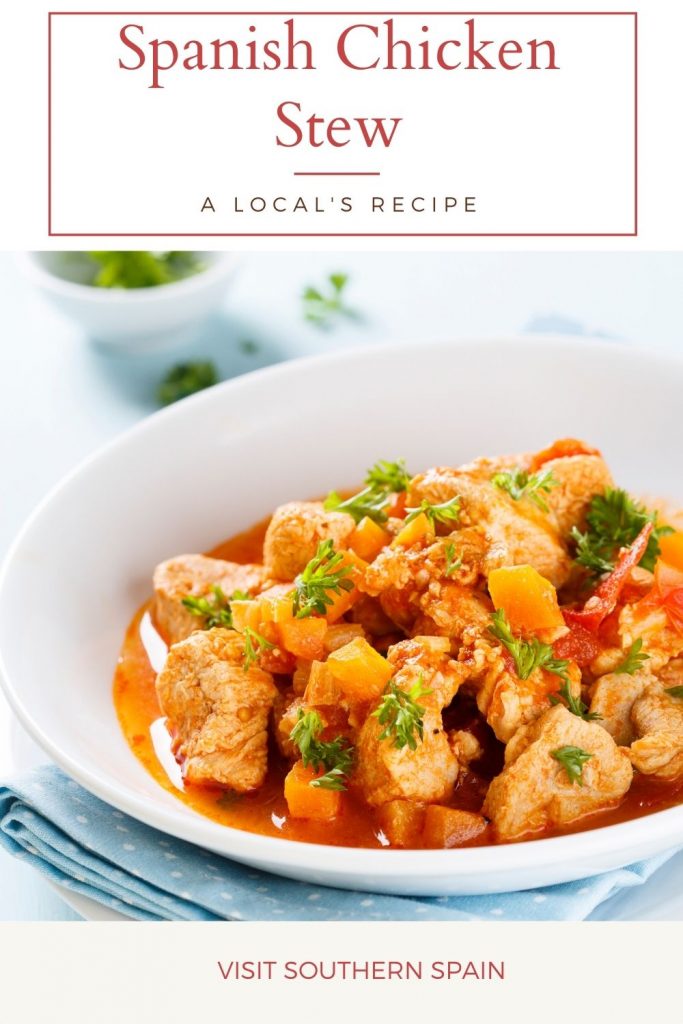 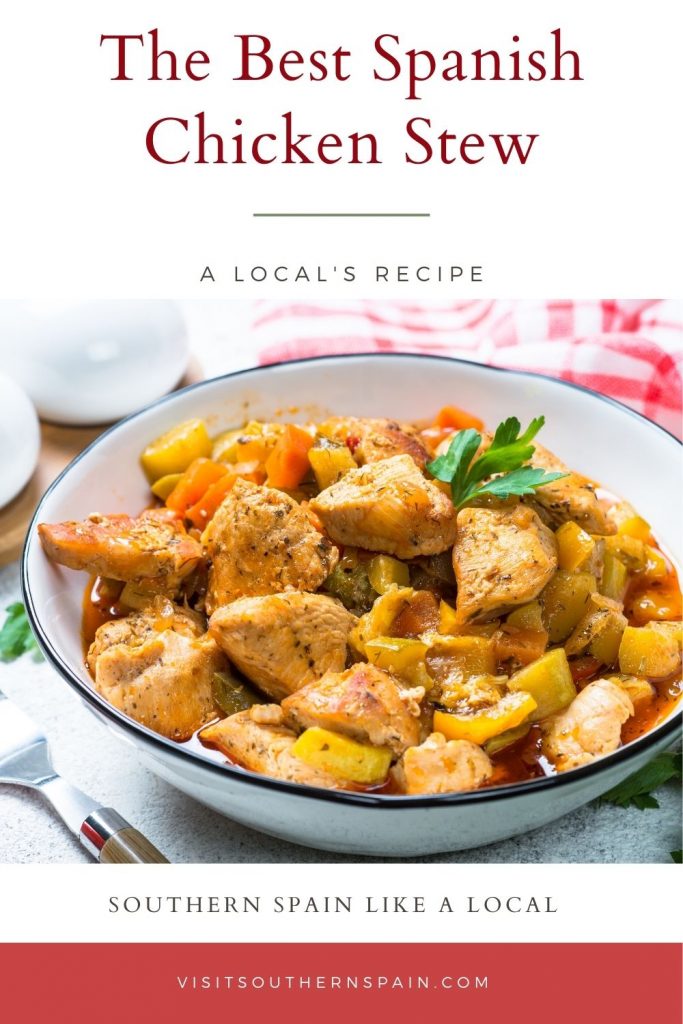 There is nothing like after a long day of work or study, being able to smell the fresh Spanish chicken stew.

Of course, you may think that it will take hours to prepare a stew, but luckily the Spanish chicken stew recipe is the exception.

The Spanish-style chicken stew is a protagonist dish during Andalusian winters, because it is easy to make, takes less than an hour, and does not need any rare or expensive ingredients.

Keep reading this article as I’ll show you how to make Spanish stew chicken completely from scratch, as well as other tips to customize it and make it fit your preferences and personal diet.

The Spanish chicken stew is one of the oldest foods in southern Spain, even in all of Europe.

However, it was in Andalusian kitchens where this dish was created, and the cooking consisted of cooking chicken meat and vegetables over low heat and for a long time.

This recipe, unlike other soups or stews, uses very little water, since the chicken and vegetables are cooked mainly in their own juices, making the flavor concentrated.

As time went by, Spanish chicken stew recipes reached all over the world thanks to the conquest of America, so you will find all kinds of versions of this recipe.

Anyway, in this article we will talk about the Spanish Chicken stew, so you can’t miss it.

To make this wonderful stew chicken recipe you’ll only need a couple of ingredients.

Honestly, the main ingredients are the chicken and the tomatoes, you can replace all the others and you will still get a yummy pollo estofado.

How to Make Spanish Chicken Stew – Step by Step Guide

Here you have the recipe for the classic Spanish chicken stew with potatoes, but there are dozens of replacements that you can make according to your personal taste or the ingredients that you have in your home.

The vegetables are the easiest changes that you can make. You can replace the potato with sweet potato or even pumpkin.

Besides that, you can add others, such as carrots, beet, or other kinds of bell peppers.

The best part about making this Spanish chicken and potatoes stew is that you can either have it for lunch or dinner.

Since it has potatoes and chicken, it is a pretty filling dish so the best thing you can do is to serve it on its own.

There is no need to make a side for this Spanish chicken because the potatoes already take on that role.

However, you can boil other vegetables like carrots, beets, or sweet potatoes if you want a larger variety.

If stews are your favorite dishes you can also try our Spanish oxtail stew, seafood stew, wholesome pork stew, or the nourishing Spanish lentils.

And of course, let’s not forget about the delicious and traditional Spanish lamb stew recipe.

Make sure you try other recipes with chicken and one of the best is the Spanish grilled chicken recipe, prepared just like Spaniards do.

How to Store Spanish Chicken Stew

This Spanish stew chicken can be stored in the fridge for up to 4 days, and the flavor and texture won’t be affected.

Just make sure to let it reach room temperature before storing it in a covered container (you can cover it with plastic wrap or a clean plastic bag).

They, as well as other root vegetables, don’t freeze well.

One thing that you can do is to freeze the chicken stew without the potatoes, and in this case, it’ll last up to 30 days.

It can be tedious but to make this stewed chicken recipe, you must remove the skin from the chicken as otherwise, it will be very greasy.

In some stores they sell chicken without skins, so you can buy one of those and turn this into a chicken thigh stew.

Besides that, you can substitute any of the vegetables or the seasoning.

If you are a Spanish garlic chicken fan then you should definitely add 2 garlic cloves while you are cooking the stewed chicken.